Cutefish is a new(ish) desktop environment for GNU/Linux distributions that includes Apple-inspired design elements including a dock, icons, and color theme. While the developers seem to have plans to release an operating system called CutefishOS that’s based on Arch Linux soon, the easiest way to take the software for a spin at the moment is with the new Manjaro Cutefish Edition. 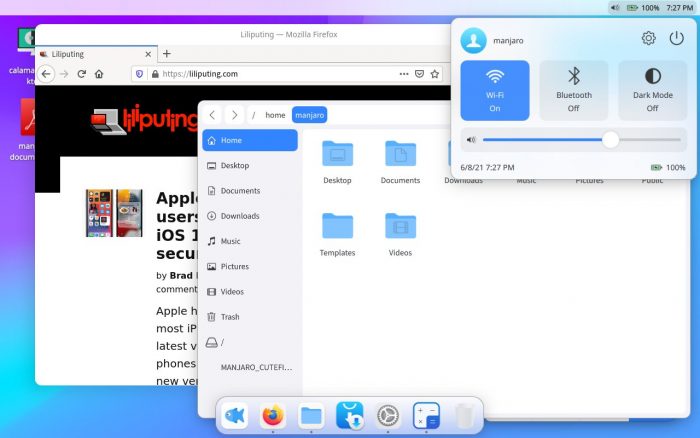 My first thought wasn’t just that Cutefish resembles macOS, but also that it resembles JingOS, a touchscreen-friendly Linux distribution designed for tablets like the upcoming JingPad A1. So I wasn’t surprised to find that there’s a link to the JingOS website in the “Friends” section at the bottom of the CutefishOS website. In fact, JingOS seems to be the team’s only friend.

Other folks noticed something else about JingOS – many of the elements seem to be ports of software developed for CyberOS, another Arch-based operating system which, in turn, is designed to resembled the Deepin desktop environment.

The Settings application, in particular, looks virtually identical across all three operating systems. 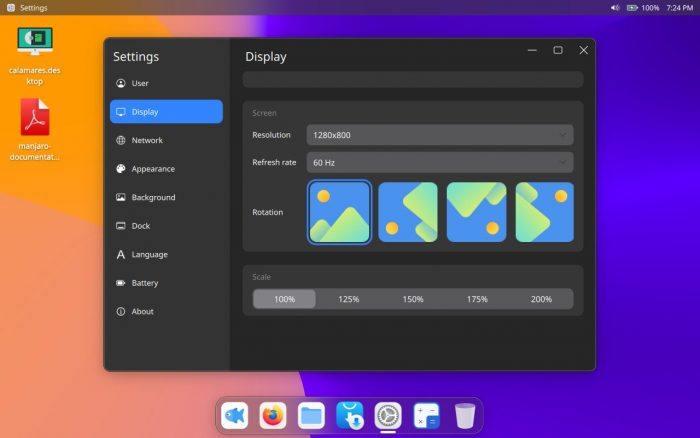 That’s not necessarily a bad thing, as it’s an attractive, easy to navigate Settings utility that makes it easy to adjust display, network, and appearance settings, among other things.

In the Appearance section, for example, there’s support for light and dark modes and you can customize by changing the font or accent colors. 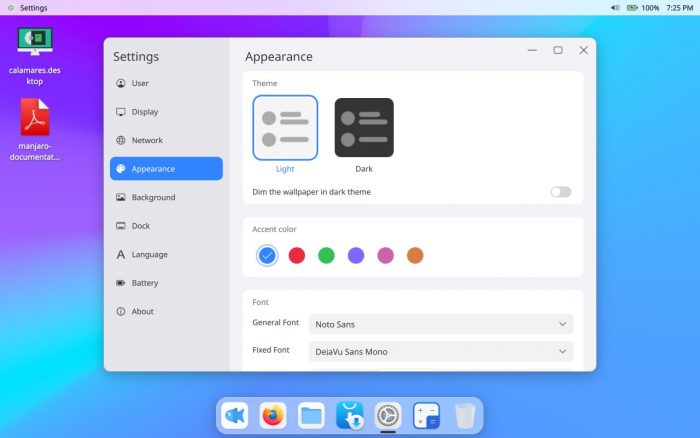 And you can quickly toggle between light and dark modes from the drop-down menu that shows up when you click the time, power, or volume icons in the status bar at the top of the screen. You can also toggle WiFi and Bluetooth, adjust audio volume, or shut down, sign out, or put your computer to sleep from this menu. 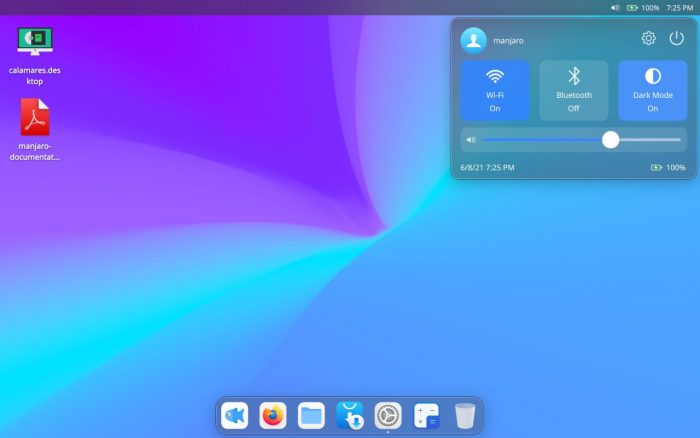 Overall Cutefish seems to be a fairly simple but attractive skin for Manjaro or other Linux-based operating systems. The Manjaro edition was first released just a few weeks ago, and the CutefishOS project doesn’t seem to be much older than that, so it should be interesting to see where the software goes from here… and whether it diverges more from Deepin and CyberOS in the future.