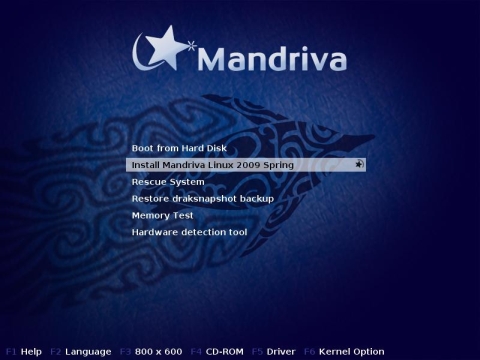 Mandriva was one of the first Linux distributions to attempt to build support for netbook hardware into the standard operating system. Instead of downloading and installing a custom version of Mandriva for an Eee PC, for example, for the past year you’ve been able to install the standard version of Mandriva Linux on Eee PC netbooks and expect most of the hardware to be supported.

Now the latest version of Mandriva adds support for aditional netbooks including the Acer Aspire One, MSI Wind, and several other mini-laptops with Intel Atom processors. Additionally, Mandriva Linux 2009 Spring RC2 works with every existing Asus Eee PC model. Of course, Asus keeps putting out new models to keep Mandriva and others on their toes. But if you download now there’s a good chance that the latest Mandriva release candidate will work on your computer.

Mandriva 2009 also ships with new software including the Songbird music player and the latest versions of OpenOffice.org and  VirtualBox. Sugar OS desktop designed for the OLPC project. All you have to do is install the task-sugar metapackage.