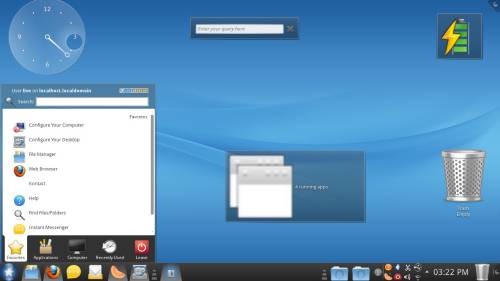 While some popular Linux distributions such as Ubuntu put out a major update every six months, the folks behind Mandriva Linux take their time — with major updates scheduled every year or so. The next full version of Mandriva isn’t due out until August 29th, but last week the developers unveiled the first release candidate of Mandriva 2011. You can download it today from any of the official mirror sites.

The latest version of Mandriva includes a number of software updates. It comes with the latest Firefox and Opera web browsers and updated versions of the Pidgin chat application, VLC media player, and WINE software for running some Windows applications on Linux. The Linux kernel has also been updated as has the KDE desktop manager.

Longtime Mandriva users may also notice a new login manager, new widgets, and new icons. I took Mandriva 2011 RC1 for a test drive and there’s a lot to like about the new operating system.

It’s been a few years since I’ve checked out Mandriva, so don’t expect a point-by point comparison, but the new OS is relatively responsive and has a very attractive user interface — although one that takes a little getting used to if you’re a Windows user.

For instance, the icon in the bottom left corner of the taskbar doesn’t bring up a traditional start menu with a list of apps. Instead it launches a window which takes up most of your screen and shows you a list of recent applications, folders, and documents. You can also tap the Applications tab to see a list of all your applications

If you’d prefer something that looks a bit more like a start menu you can install a widget on your desktop that shows applications, places, and a search bar. There are dozens of other desktop widgets available for everything from displaying the time to the CPU temperature. 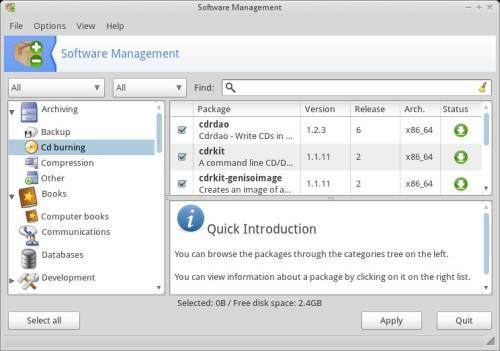 There’s also a software management tool you can use to install additional applications if you’re not content with the internet, graphics, office, and media software that comes preinstalled.

Mandriva 2011 RC1 is a 1.6GB download, so you’re going to want a reasonably fast connection to download the disc image. Once you’ve done that you can burn it to disk or use a tool such as UNetbootin to move the image to a bootable USB flash drive to test out the operating system. You can run the operating system directly from the disc or flash drive without installing it on a hard drive if you just want to poke around and see how the OS works without making any permanent changes to your computer.

A second release candidate is due on July 27th, with the full version of Mandriva 2011 scheduled fore a late August release.