Khronos Group has launched a technical preview of the technology that will replaces OpenGL.

Like OpenGL, Vulkan is an open standard API that developers can use to tap into the capabilities of graphics chips. But Khronos says the new tools offer improved efficiency and gives applications direct control of GPU operations. 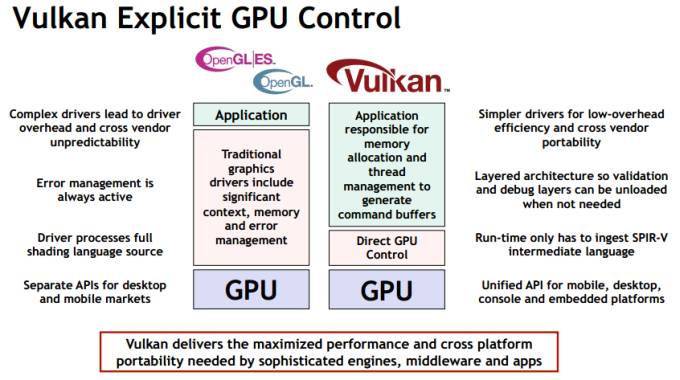 Khronos says Vulkan will work across a range of platforms including mobile, desktop, embedded, and game console devices and the press release announcing the new platform includes quotes from officials at AMD, NVIDIA, ARM, Imagination, Vivante, and other hardware and software companies which suggests that Vulkan will likely be as widely supported in the future as OpenGL is today.