You can preserve a lot of things in jars, including fruits, vegetables… and data. Make Magazine has put together a guide for using a Mason jar into an aesthetically pleasing custom Raspberry Pi enclosure for storing media backup. It’s called a Raspberry Pi Preserve (that name!).

Maker Matt Reed explains that he used BitTorrent Sync as the software to store his family’s computer and smartphone backups. Then, he added LEDs inside the Mason jar so it has a nice warm glow while sitting at a desk (or on a shelf in the kitchen). 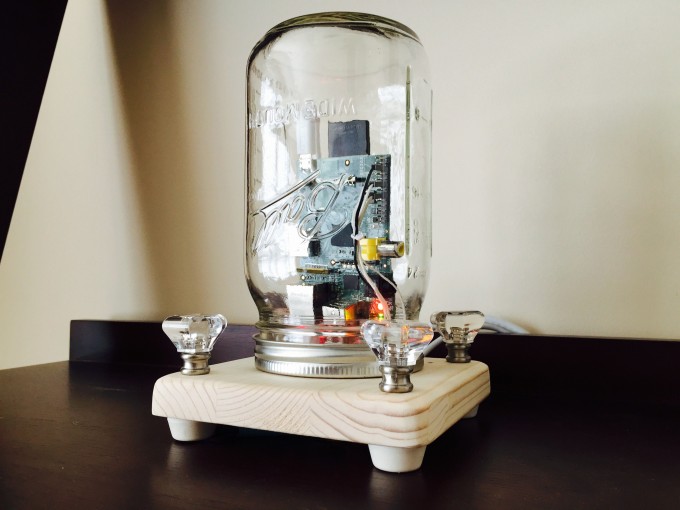 The software you use for this project doesn’t matter as much as the hardware. You could add a Wi-Fi dongle and use an enclosure like this for any number of Raspberry Pi projects.

The steps include making a six-inch square base out of a ¾-inch thick piece of wood with holes in it for the electronic wiring, attaching the Raspberry Pi and LED lights to the base with the Mason Jar lid secured to it, and running the software that sets up the directory to store media backup and run the LED lights.

Reed recommends using the original Raspberry Pi B model because of the placement of the microUSB power jack. The older model power jack is at the bottom, while on the newer model, it is located on the side, making it difficult to fit inside the mouth of the Mason jar while connected.

The hardest part of this project seems to be connecting the LEDs. You will need a soldering iron, some jumper wire, a PCB, and a little bit of electronics knowhow (however, the how-to video is very descriptive and helpful). 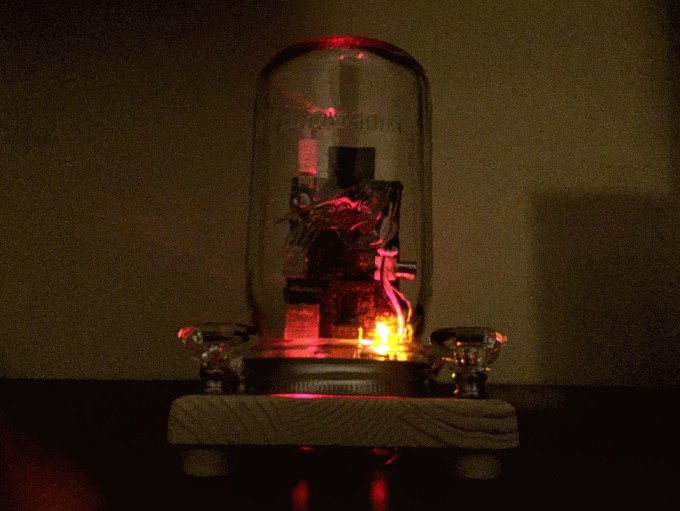 This might be the cutest looking Raspberry Pi enclosure I’ve seen so far. Maybe it’s because I have an affinity for Mason jars. Maybe I like the warm glow of red LEDs reflecting off of raw technology. Maybe it’s the juxtaposition of old-timey housewares and 21st century electronics. Whatever it is, I want to make one this weekend.