Augmented reality is already here, thanks to smartphone apps that let you collect Pokémon in real-world locations, measure objects by pointing your smartphone at them, or interact with Star Wars characters jumping on your couch.

But as cool as it is to see virtual objects superimposed on real-world settings on your phone screen, it’s always clear that you’re looking at a phone screen, which is why companies like Microsoft and Magic Leap have been developing augmented reality headsets that create the illusion that the virtual and real world are coexisting in the same space.

Microsoft’s Hololens is a $3,000 work in progress. And after years of development it seems like the Magic Leap One might be a slightly cheaper work in progress… although early testers say it might offer one of the best augmented reality experiences to date.

The Magic Leap One Creator Edition is available starting today for $2,295. 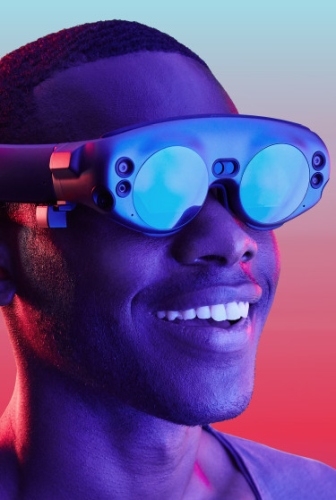 I should point out that when I say “available,” I mean available to residents of six cities in the United States. Apparently the company isn’t shipping to Philadelphia yet, but when I entered a New York City zip code, I was told I could purchase a headset.

The version available today is a Creator Edition aimed at developers, artists, and early adopters. The company says it’s a fully functional device, but the idea is to show what the platform is capable of in order to convince skeptics that there’s a viable future for the platform.

CNET reports Magic Leap is already showing off Magic Leap Two and Magic Leap Three devices to “investors and prototype partners.” There’s no word on when they’ll be available, how much they’ll cost, or what new features will be included, but CNET says they’ll be smaller than the Magic Leap One.

As for performance, according to The Verge, the Magic Leap One provides one of the best AR experiences around. But it’s not quite as good as Magic Leap had been promising.

For example, if you’re looking at a 3D dinosaur tromping around a room, you may see right through it a bit if someone walks behind the dinosaur. And if someone tries to walk in front of it… well, that just doesn’t happen. You’ll always see the dinosaur, even if something that should be physically closer to you should be obstructing the view. That could be enough to break the illusion that the thing you’re looking at is really there.

Meanwhile, Wired has a look at how Magic Leap, which has raised $2.3 billion to date, is attempting to transition from a company that’s been developing new technology in secret to one that can sell that vision (and hardware) to the public. 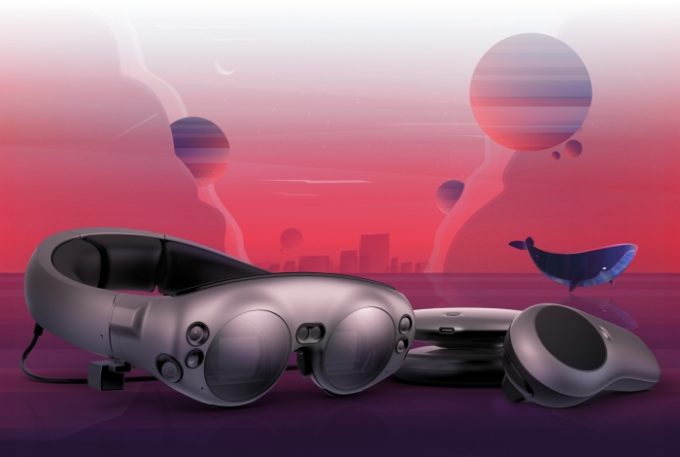 The Magic Leap One headset is powered by an NVIDIA Parker processor with two 64-bit Denver CPU cores, four ARM Cortex-A57 CPU cores, and NVIDIA Pascal graphics, 8GB of RAM, and 128GB of storage. It has a rechargeable battery good for up to 3 hours of use and it charges via a 45 watt USB-C PD adapter. The headset supports 802.11ac WiFi and Bluetooth 4.2.

In addition to the headset, there’s a pack that you clip onto a belt or pocket, and the system has speakers and a 3.5mm audio jack with support for spatial audio.

It also comes with a handheld controller featuring a 7.5 hour battery, a 12 LED RGB light ring, a touch sensitive trackpad, haptic feedback, and 6 degrees of freedom position an orientation tracking.