NXP’s i.MX8M line of processors are popular with open source hardware makers thanks to NXP’s ample documentation for these ARM-based chips. While they’re not as powerful as the latest processors from Qualcomm, Samsung, MediaTek, or Apple, they’ve shown up in devices like Purism’s Librem 5 Linux smartphone and single-board computers like the PICO-PI-IMX8M.

The MaaXBoard Mini comes from the same company that made last year’s MaaXBoard, and while it’s similar in a lot of ways, there are a few key differences. 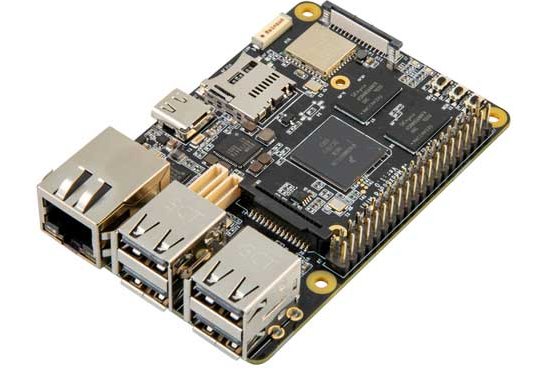 For example, the MaaXBoard has two USB 3.0 ports. The new Mini model has four USB 2.0 ports instead — so the tradeoff is more ports, but slower speed. The Mini also lacks an HDMI port, but there’s a MIPI-DSI interface that allows you to connect displays that support that interface.

One upgrade is the processor – the new board features an i.MX8M Mini chip, which is manufactured using a 14nm process, making it more energy efficient and a little faster than NXP’s older 28nm i.MX8M chips

The MaaxBoard Mini sell for $73, and features:

The board is the same size as a Raspberry Pi model B device, at 85mm  x56mm.

You can find more details at the MaaxBoard Mini page at Avnet’s website.

via Linux Gizmos and CNX Software

One reply on “MaaxBoard Mini is an i.MX8M powered single-board PC”