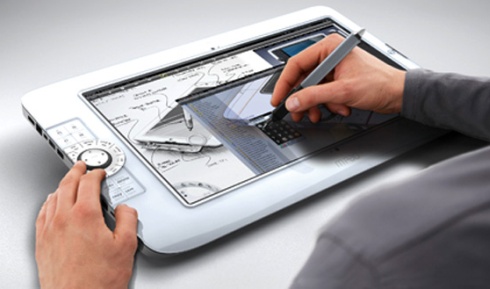 Capacitive touchscreen tablets are great for some things. Launching applications, arranging shortcuts, or playing touch-based games like Angry Birds is awesome on a touch device like the Apple iPad or Motorola XOOM. But some things are easier to accomplish with physical buttons or a pen for more precise input. Designer Volker Hübner has come up with a concept device he calls the m • pad, which throws all of those different input methods into one device. 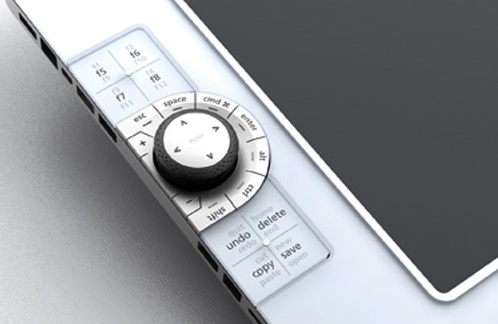 The concept tablet has a 15.6 inch OLED display, nine fixed buttons and programmable shortcuts for up to 24 functions. Those shortcut keys feature E Ink displays, so they can change depending on the app you’re using. There’s also a scroll wheel for navigating.

The tablet would also have a capacitive multitouch display for finger input and support for a pressure-sensitive pen for drawing and writing.

The stylus can be stored in a slide-out tray, and there are extendable feet on the bottom of the device to prop it at an angle for easy use on a table or desk.

Unfortunately the m • pad isn’t a real product, it’s just a series of rendered images for now. But the ideas are interesting, and I wouldn’t mind seeing a consumer or professional tablet with some of these features.

You can find more details and pictures at Yanko Design.