Vertu has been making ridiculously expensive smartphones for almost two decades. But the company is liquidating its assets, shutting down its UK-based manufacturing arm, and laying off almost 200 people.

Apparently selling smartphones for tens of thousands of dollars isn’t as solid a business model today as it was… whenever it was, I guess. 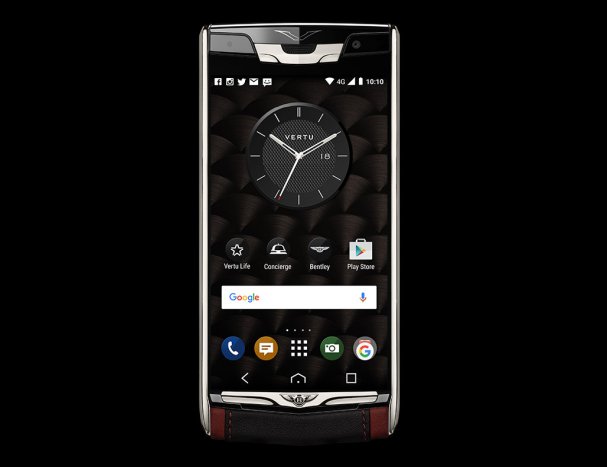 The company has always operated in an odd space. Its phones are built with luxury materials and they were assembled by hand in the UK. A few years ago Vertu started shipping phones with Android rather than Nokia’s Symbian OS… but only recently did Vertu phones start to actually feature competitive specs. Often the company would try to sell a device with mid-range hardware, premium materials, and custom apps and services for $10,000 or more.

But Vertu isn’t the only company adding ostentatious bling to smartphones these days. There are companies that will let you buy an existing phone that’s been decked out with gold, jewels, and other features that do nothing functional for the phone, but help turn it into a status symbol that says you’ve got more money than sense.

If Vertu did have one feature that might have helped justify the high cost of its phones, it was the “concierge” service that was basically like Siri… if Siri were a real person you could contact with the tap of the button and that person could arrange travel plans, recommend hot spots in the city you’re visiting, and basically act as a personal assistant.

Anyway, the company’s business model has always been to make a relatively small number of phones and sell them at extraordinarily high prices. Now that recognizable phones are often a status symbol in their own right, maybe it shouldn’t be surprising that Vertu is going under.

That said, it’s been a bumpy road… the company was already in debt earlier this year, when it was acquired by a new owner… who only made things worse.

He apparently does plan to try to revive the brand at some point. But Vertu’s future looks uncertain at best, and its present looks even worse.

5 replies on “Luxury phone maker Vertu is going out of business (for now, at least)”