Foldable phones aren’t cheap. But the Vertu Ayxta Fold 5G is one of the priciest to date. The smartphone has a 7.8 inch AMOLED display when unfolded, or 5.5 inch and 5.4 inch front and rear screens when folded down the middle.

It’s also positioned as a luxury phone with a luxury price tag: it’s available in China from JD.com for the equivalent of about $7,080. 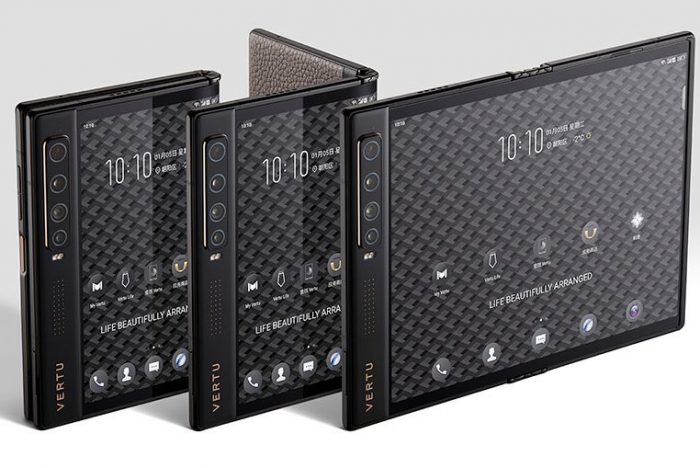 What makes the phone worth that kind of money? Nothing really. The phone is basically a customized and rebranded version of the Royole FlexPai 2 which launched in China in September, and which you can currently buy in that country for $1,540.

As far as I can tell, the only changes Vertu has made are to add a calfskin leather back cover to the phone and to slap the Vertu name on the device. But then, Vertu is a luxury brand with phones that have never really justified their price tags with specs, so maybe owning a $7,000 phone is more about bragging rights than functionality.

It doesn’t need a separate selfie camera because the phone’s screen folds around the device so that when it’s folded you have front and back displays. Want to snap a selfie? You can frame your shot using the portion of the display that’s on the same side as the cameras. Taking a photo of an object in the distance? Flip the phone around and use the other screen to line up the picture.

One down side of this sort of design is that the screen isn’t protected when the phone is folded. But something tells me that if you’re willing to spend 7 grand on a phone, you’ll probably take very good care of it… or you’ve got so much disposable income that you won’t mind much if the screen gets scratched.