Vizio isn’t the only device maker planning to launch a Windows 8 tablet with an AMD Z-60 processor. Japan’s Mouse Computer has also started to show an AMD-based tablet called the LuvPad WN1100. 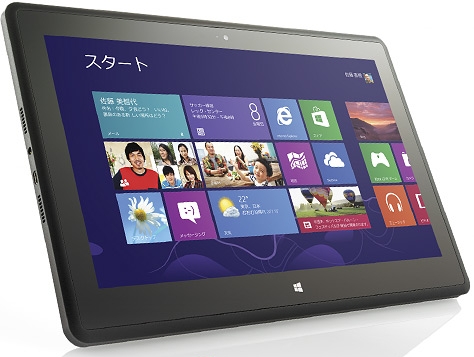 But what really makes it stand out from most Windows tablets is the AMD Z-60 chip. That’s a 1 GHz dual core processor with AMD Radeon HD 6250 graphics.

In terms of overall performance, AMD Z-series chips are about as fast (or slow) as Intel’s low-power Atom processors. But they tend to offer much better graphics performance, with support for HD video and some 3D graphics.

Like most devices from Mouse Computer, it’s unlikely that the LuvPad WN1100 will be available outside of Japan anytime soon. But if you happen to live in Japan, you should be able to pick one up this week for about 59,850 yen, or about $600.