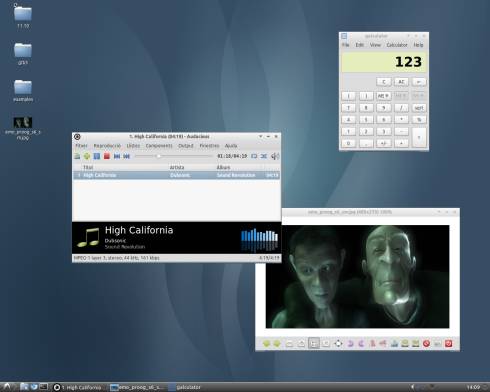 It’s become something of a cliche to say that one way to breath new life into an older computer is to install a Linux-based operating system. But not all Linux distributions are created equal. While many can run on a PC with just a few GB of disk space or less, a small amount of RAM, and antiquated graphics, many newer Linux distros require fairly modern hardware if you really want to get the most out of the operating system.

Ubuntu, for instances, is one of the most popular Linux operating systems around, but the system requirements for a basic installation include a 1 GHz Pentium 4 or faster processor, 512MB of RAM and 5GB of disk space. But there’s an alternative called Lubuntu which is designed to run well on computers that don’t meet those requirements.

Lubuntu can run on systems with a Pentium II or Celeron processor and as little as 128MB of RAM. You’ll still need a few gigabytes of disk space though. The latest installer comes on a 680MB disc image.

That’s because while the operating system is based on Ubuntu, it uses LXDA (Lightweight X11 Desktop Environment) instead of GNOME, KDE, or Unity, which all require more advanced hardware. The thing is, while LXDE doesn’t have all the bells and whistles, you still get a graphical user interface that should look pretty familiar to anyone that’s used a Mac, Windows, or Linux computer in the last 20 years.

Up until recently Lubuntu was an independent project based on Ubuntu. But starting with Ubuntu 11.10 which will be released later this year, Lubuntu will join the Ubuntu family as an official variant.

You don’t have to wait until October to try Lubuntu though. Version 11.04 is available for download right now. If you’re looking for a lightweight operating system for an older computer but want something that packs a few more features than Puppy Linux or Damn Small Linux, it might be worth checking out.