The Federal Communications Commission is accepting public comment on a plan that chairman Tom Wheeler calls “Unlock the Box.”

At first glance, the proposal seems like a clear-cut win for consumers and startups: it would require cable, satellite, and other TV providers to make their content available in a format that would let you ditch your cable box and replace it with third-party hardware and a third-party user interface. 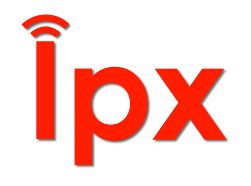 But TV providers are resisting the move, saying it would drive up costs, hurt diversity in programming, and generally delay innovation instead of promoting it. Whether you agree with their reasons or not, it’s likely that their push back could prevent anything from happening for years — and the TV landscape could be a very different place by then.

For the latest episode of the LPX Show podcast, I dug into the issue in an attempt to figure out what the differences are between the FCC’s #UnlockTheBox proposal, and the alternative #EliminateTheBox option that TV providers are pushing.

The idea for the show started when my friend Dave Zatz tweeted that the there’s so much to say on the topic that he needed a podcast, and I offered to host him on mine. But because LPX is all about talking to the folks behind the news, I also wanted to get a little closer to some of the major players in this debate to get a better sense of where they’re coming from.

To that end, this episode features interviews with:

You can find more details at the FCC’s Unlock The Box page, submit a comment at the FCC website (procedure number 16-42), or check out more details about the podcast at LPXShow.com.

You can listen to the show by clicking the play button (or the download icon):