Google launched Project Loon five years ago in its quest to deliver Internet access to underserved areas of the globe. Now a standalone subsidiary of Alphabet, Loon announced a major breakthrough this week. They managed to transmit data over 1000 kilometers (620 miles). 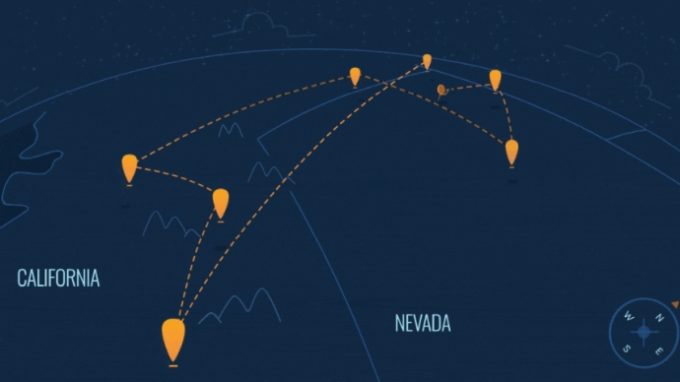 That’s ten times farther than Loon’s previous best, although it’s worth noting that this was not a simple point-to-point link between two balloons. Covering that substantial distance required a network of seven working together. The longest leg of the journey spanned an impressive 600 kilometers, which is slightly greater than the distance between New York City and Toronto.

Hitting that mark requires incredibly accurate directional antennae. Head of engineering Salvatore Candido says Loon’s antenna is as accurate as a human “throwing a ball 100 meters and landing it in a wastebasket.”

The thousand-kilometer transmission distance is exciting on its own, but Loon is amped up for another reason, too. Data can now be transmitted to users on the ground from any balloon along the way.

This gives Loon a serious advantage over a similar terrestrial system. The coverage area is 20 to 30 times larger, according to Candido.

Loon has achieved other noteworthy successes on the road to commercialization. Its balloons have stayed aloft for as long as 200 days. They managed to stay within Peruvian airspace for 98 days. Most recently, Loon balloons helped bring Internet service to Puerto Rico after the island was devastated by Hurricane Maria.

The company’s first deployment in Africa is scheduled for next year. In mid-July, Loon announced a partnership with Telkom Kenya that will see its balloons take to the skies over the country’s central region. The area’s mountainous terrain has made delivering service to the suburban and rural population quite difficult. Topographical issues tend to become less of a concern when your infrastructure is hovering at 60,000 feet, naturally.