For almost as long as I’ve been writing about technology, there have been rumors that Google was preparing to launch some sort of a cloud storage service called Google Drive. Over the last few years that started to look less and less likely as Google instead gave users large amounts of cloud storage for email, pictures, documents, and other files — but no centralized Dropbox-style place to store all their files and sync them between computers.

That’s because Google is intrinsically an internet company. Google doesn’t really want you syncing files between computers. It wants you accessing all your files online. That’s why the company’s Chrome OS is little more than a web browser.

But it turns out not everyone has their head entirely in the clouds just yet… and not everyone has an always-on internet connection. So Google has finally pulled the trigger an introduced Google Drive. 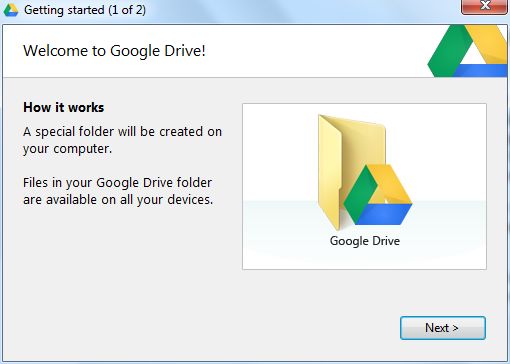 Google Drive is tightly integrated with Google Docs. In fact, it pretty much replaces Google Docs, with docs.google.com no redirecting to drive.google.com. You can still create and edit documents, upload your own files, or download documents. But now you can also upload photos, videos, and other files.

The service will also feature integration with Gmail and other Google apps. This means, for instance, that you can easily attach documents or photos to an email message.

Google will also provide tools enabling third party developers to add Google Drive integration. That means you may be able to edit photos or videos, send faxes, or perform other actions directly from Google Drive.

Overall it sounds a lot like what Dropbox and Box.net have been doing for years.

At launch there will be PC, Mac, and Android apps letting you access files on Google Drive. An iOS version is in the works.

All Google Drive users will get 5GB of free storage space. If you need more space you can pay for it:

10 replies on “Long-awaited Google Drive launches, here’s how it works”