Logitech’s C920 line of webcams have been pretty popular for years thanks to a decent feature set and relatively affordable price tag. I picked one up about three years ago when I decided it was finally time I owned a camera that offered better voice and video camera than I could get using the built-in camera on my laptop.

But I don’t use it very often. So I usually leave it unplugged. Nobody can hack into my network and spy on me using a camera that’s not plugged in.

For folks that prefer to leave all their peripherals connected all the time, Logitech has a new option: the company has just announced its new Logitech C920s Pro HD webcam has an integrated privacy shutter that covers up the camera when it’s not in use.

It’s up for pre-order for $70 and should ship next week. 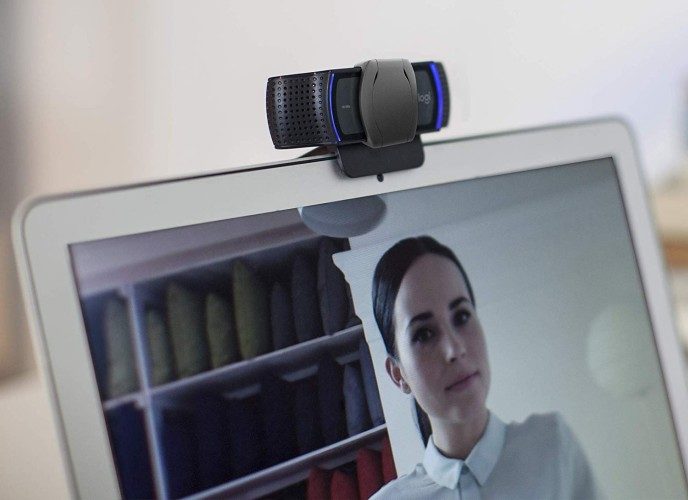 The camera’s other features are pretty standard at this point, including support for 1080p video calling and recording at 30 frames per second, stereo audio recording, and automatic lighting and focus adjustments.

The camera has a 78 degree field of view, and an adjustable stand that lets you place it atop a monitor or laptop display and angle it up or down, as needed.

Really, the most noteworthy new feature is a bit of plastic that covers the camera lens when you’re not using it, and which you have to flip up when you are. It’s the slightly fancier version of putting a piece of tape over your camera.

Of course, that won’t prevent someone from listening to you through the camera if they manage to gain remote access. So I’m probably just going to keep using my older C920 webcam… and leaving it unplugged 99 percent of the time… and maybe think about putting a piece of tape over my laptop camera (or at least disabling it in the Windows Device Manager).