Typing, swiping, and tapping are so old school. Microsoft’s Surface Dial introduced a new way to interact with applications. Dell’s Canvas works with an optional dial accessory too.

But what if you want to use a dial to interact with Photoshop, Excel, and other applications without buying a Surface computer or an expensive Dell Canvas touchscreen display system?

Logitech’s CRAFT keyboard has you covered: it has a built-in aluminum dial designed to work a number of Adobe and Microsoft applications. 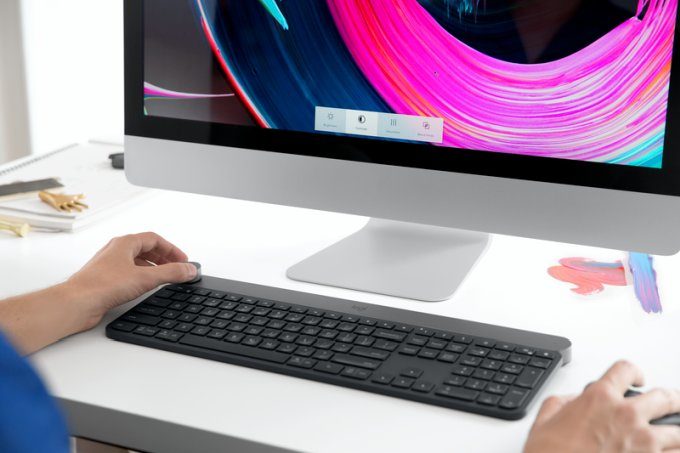 You can use the dial (which Logitech calls a “Crown”) to adjust image brightess, contrast, or saturation in Photoshop. It can help you adjust charts in Excel.

It recognizes touch, tap, and turn gestures. At launch, it works with Word, PowerPoint and Excel 2010 and later (on Windows only) as well as Adobe Photoshop CC, Illustrator CC, and Premier Pro CC on Windows or Mac.

You can also use the Crown to adjust global settings on your computer so that you can use it to do things like scroll through songs in a playlist or tabs in a web browser. It can also be used to adjust screen brightness or volume.

Logitech plans to release an SDK soon that will allow developers to add support for more programs.

The CRAFT keyboard also features backlit keys and an ambient light sensor. It’s a wireless keyboard that can connect to a computer with a USB dongle or via Bluetooth, and the keyboard charges via a USB Type-C port.

The Logitech CRAFT keyboard is up for pre-order for $200 and it should ship in October.