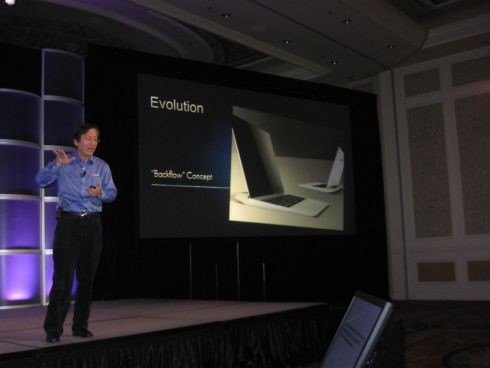 Asus CEO Jonny Shih says the company’s goal is to be one of the top 3 portable PC vendors by 2011. And the company is showing off a number of new machines at a news conference today that he hopes will help achieve that goal.

Specifically, Shih is playing up the design elements of the new Asus notebooks rather than the specs, which aren’t all that different from those of other PC makers’ notebooks. 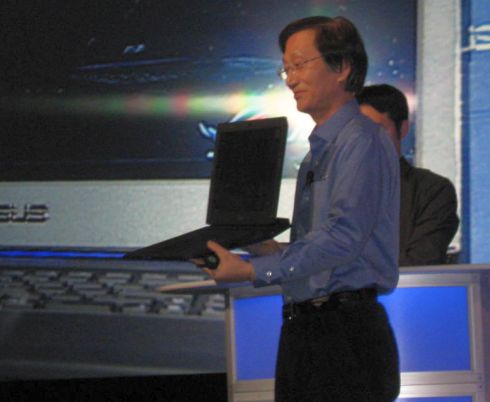 It doesn’t look like the focus is going to be on netbooks today, but Shih just introduced a new gaming laptop called the Asus G73. It’s a Core I7 machine. The interesting thing is that this machine is based on the origami concept design that Asus showed off last year, called AIRO. 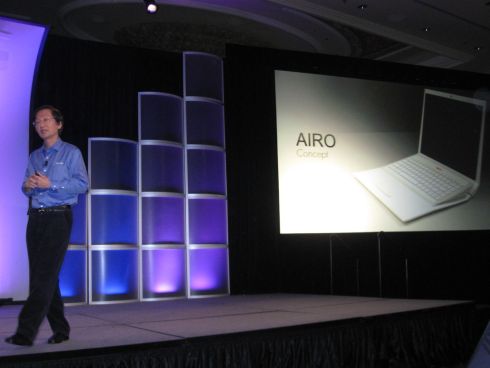 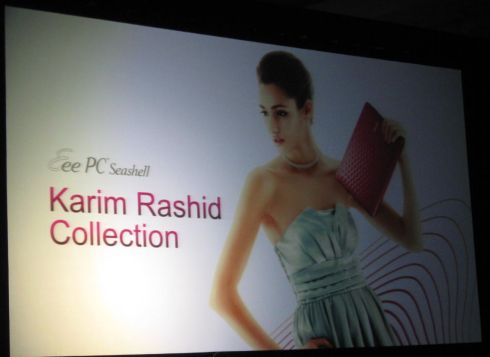 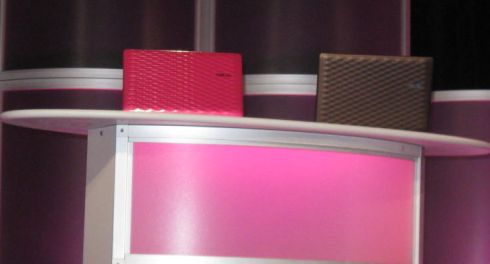 Asus is also unveiling a new thin and light laptop called the U53 which has a bamboo lid. Asus is promoting it as environmentally responsible, and Shih says it also feels warmer than a metal or plastic lid. This model ain’t going to be cheap. It has a Core i5 CPU. 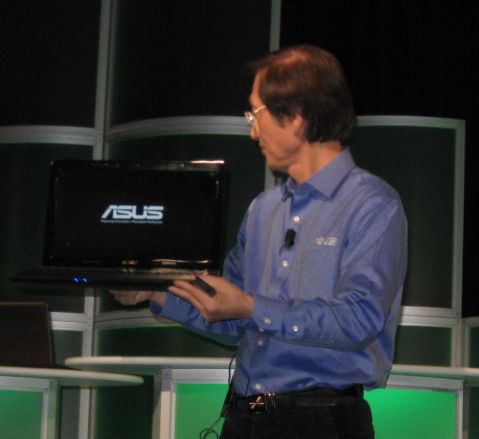 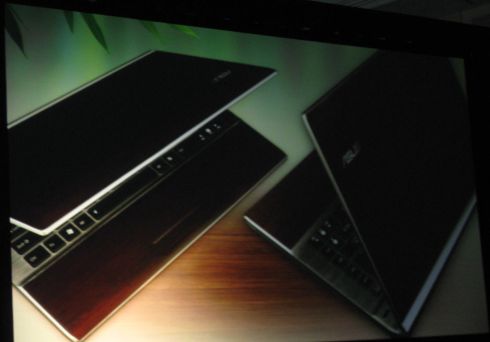 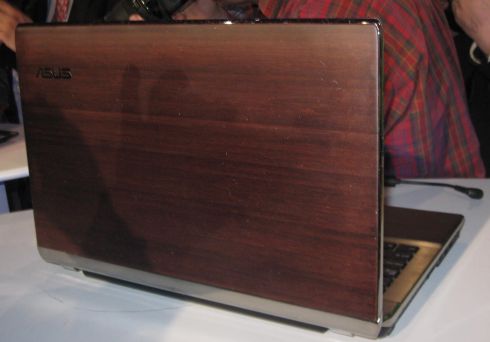 Next, we have the Asus NX90 series notebook which is pretty much the antithesis of a netbook. It’s a striking looking but somewhat enormous laptop with an 18.4″ 1080p display, Intel Core i7 CPU, NVIDIA GeForce GT335MB graphics with 1GB of video memory, and support for a hard drive up to 1280GB. 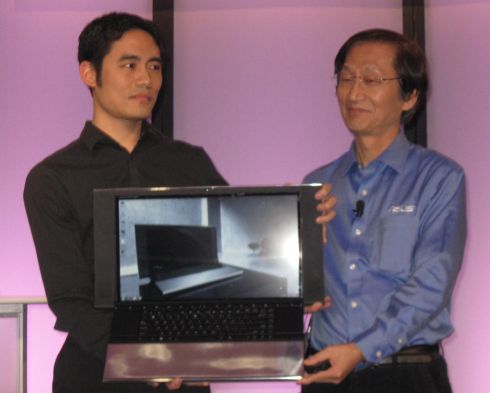 The Asus NX90 features surround sound and audio certification by Bang & Olufsen, and built in speakers which take up an awful lot of space on the sides. In other words, it’s an awesome looking desktop replacement, but not necessarily one that you’ll want to take out of the house very often. It does have a 6 cell battery though. 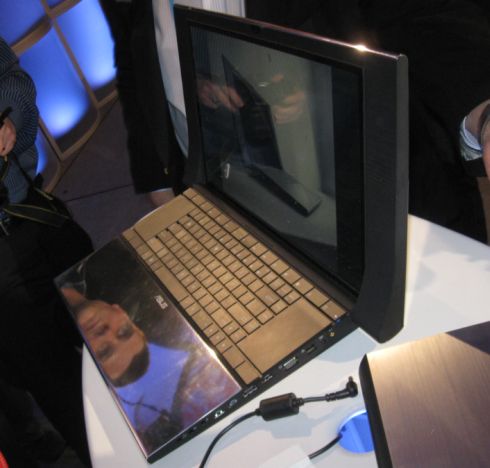 Finally, Shih introduced a new concept called WaveFace which is a flexible, interactive screen for connecting to web services, multimedia, and other content. Right now, all we have are some concept images and ideas, but there’s no real product to announce yet. 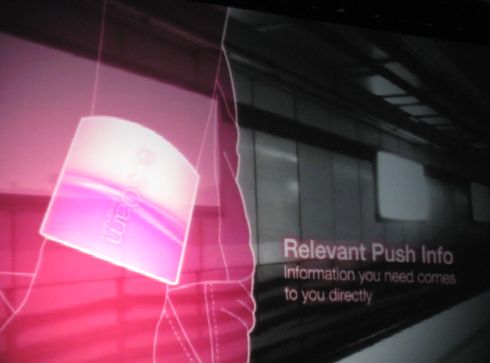 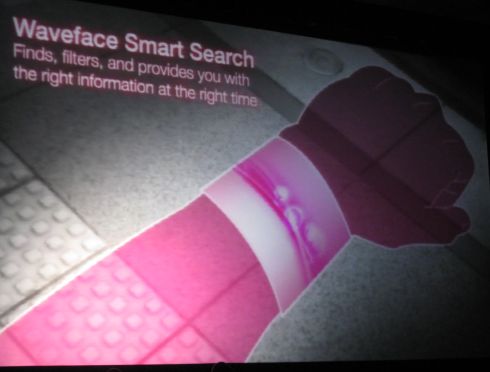 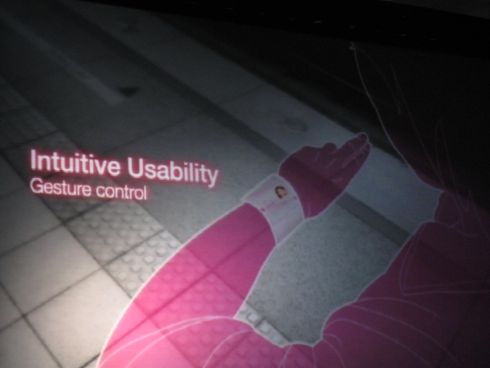 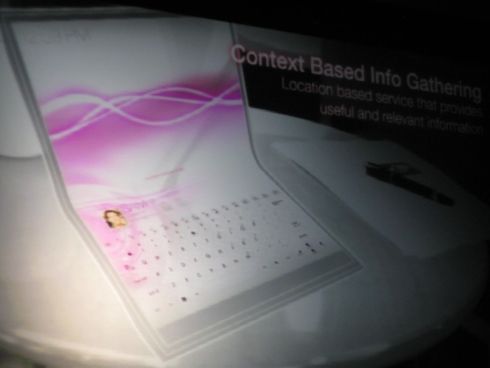 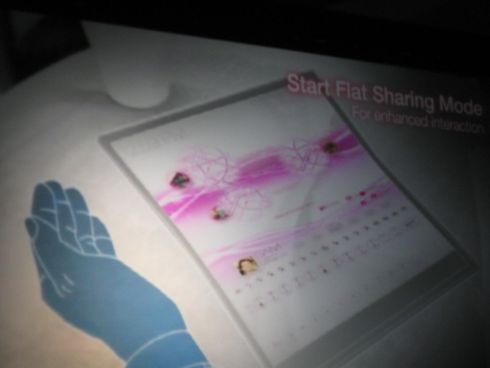 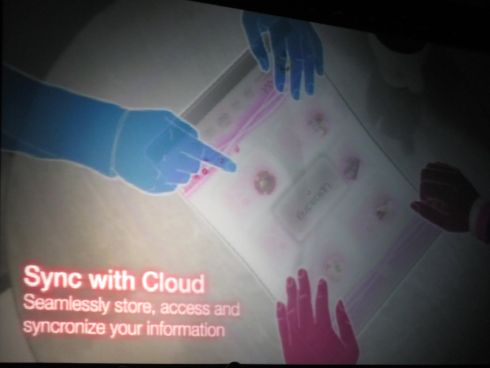 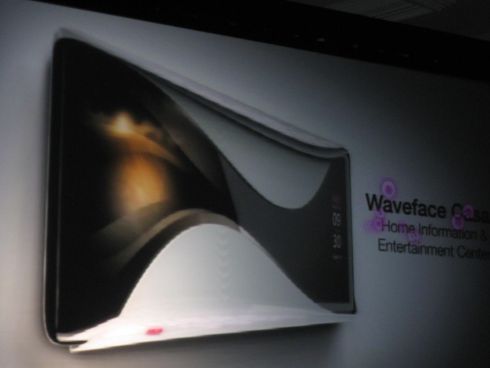 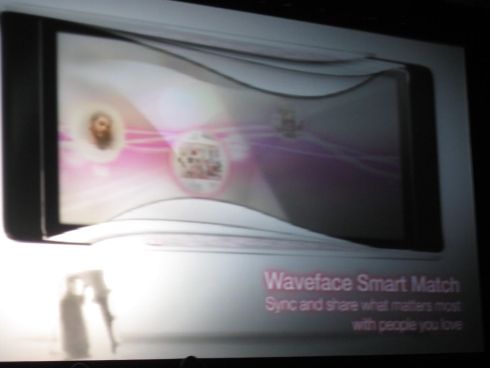 6 replies on “Live from the Asus CES news conference”