There’s a new cheap Linux laptop in town. The Litebook is a 14 inch notebook with an Intel Celeron N3150 quad-core Braswell processor, a 1920 x 1080 pixel display, 4GB of RAM, and a Elementary OS Linux software.

But before pulling out your wallet, there are a few things you might want to know. 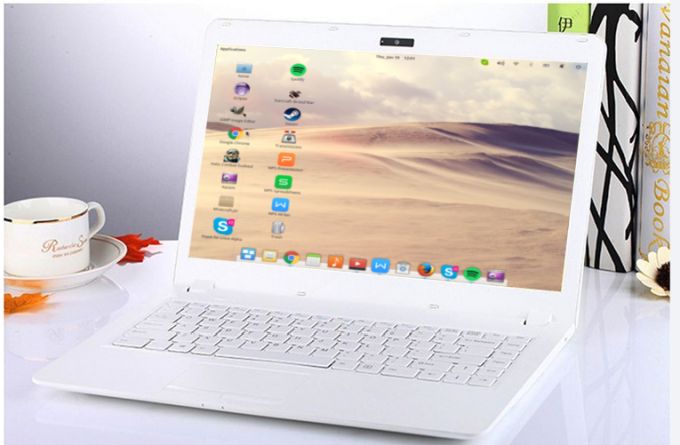 First up, the Litebook appears to be a rebranded white box Chinese laptop first produced in 2014.

AliExpress and DHGate both have listings for laptops that match the promotional photos posted on the Litebook website. There’s not necessarily anything wrong with that: the company behind this product might just be buying off-the-shelf laptops at a low price, loading them up with Linux and selling them with a 1-year warranty, which would be fine.

But it does seem a little troubling that the company’s website has Photoshopped pictures showing Elementary OS slapped on top of stock photos rather than actual real-world images of a Litebook running Linux.

That said, the Litebook team took to a few different reddit threads to answer some questions. For example, the team says it’s made a few modifications to Elementary OS to make sure it’s compatible with the Litebook’s hardware:

There’s also a recover partition that allows users to restore their computer to its default state.

While the Litebook website doesn’t give me a lot of confidence in the company, the Q&A sessions actually shows that the team has put some thought into this thing. For example, it ships with WPS Office instead of LibreOffice is that the former looks more like Microsoft Office, which the company argues helps make the Litebook more attractive for folks that might be worried about buying a Linux laptop instead of one that runs Windows. Users can always load LibreOffice or other open source alternatives if they prefer.

The team also notes that while the computer boots from the SSD by default if you buy the hybrid storage model, you can change the boot order temporarily or permanently in the BIOS if you want to create a dual boot setup.

The idea for the Litebook came when the founder started looking for a better option for a cheap Linux laptop than a Chromebook that had been unlocked and converted to run Ubuntu.

A few other nice things to know about the Litebook:

The Litebook has two USB 3.0 ports, an HDMI port, headset jack, an Ethernet port, and a microSDXC port. It has a 720p webcam, stereo speakers, and an estimated 9 hours of battery life. It has 802.11n WiFi and Bluetooth 4.0 support.

In some ways, it’s actually kind of encouraging to know that this is basically just a white box laptop with Linux installed, since it means that the $249 laptop wasn’t developed by a company with no experience in hardware, unlike some crowdfunding projects we’ve seen in recent years.

While I wouldn’t expect the same level of support and quality control as you’d get from a Windows or Chrome OS laptop from a company like Dell or HP, the Litebook looks like it could be an interesting choice for someone looking for a cheap notebook with Chromebook-like performance (and pricing) and a more desktop-like open source operating system.