Sometimes you need a general purpose computer that can handle everything from document editing to gaming, with a bit of light meme stock trading thrown in for good measure. And sometimes you want a purpose-build device that’s designed to do one thing and do it well.

Conrad Barski’s Lisperati1000 is a computer that falls in the latter category. It’s a tiny portable workstation made for Lisp programming on the go, although I suppose you could use it to write code in other programming languages. 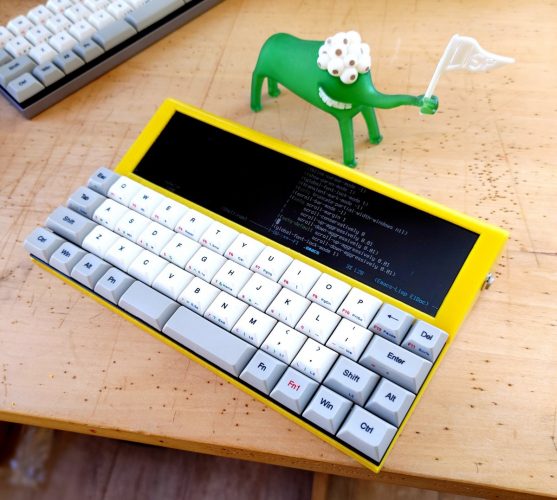 Barski says this DIY portable computer features an 8.8 inch, 1920 x 480 pixel ultra widescreen display, a mechanical keyboard with full-sized keys and Cherry MX Brown switches, but which is still only about 40 percent the size of a typical keyboard since all unnecessary keys have been removed.

The heart of the computer is a Raspberry Pi Zero W single-board computer, and the system features a 3D printed custom case nd two 4,400 mAh batteries.

The original plan was to only build three units, but due to positive reception to the design Barski now plans to “fund a project to release this as a kit” and release the parts list, STL files for folks that want to 3D print their own parts, and instructions for assembling a Lisperati1000 from parts (some soldering required).

Only 3 will ever be built. pic.twitter.com/jAPzTI2E3p