One of the things that keeps GNU/Linux-based distributions interesting is the fact that you can often customize the look and feel of the operating system by changing desktop environments or themes.

A new version released this week is based on Ubuntu 20.04 and skinned to look a lot like Windows 10. 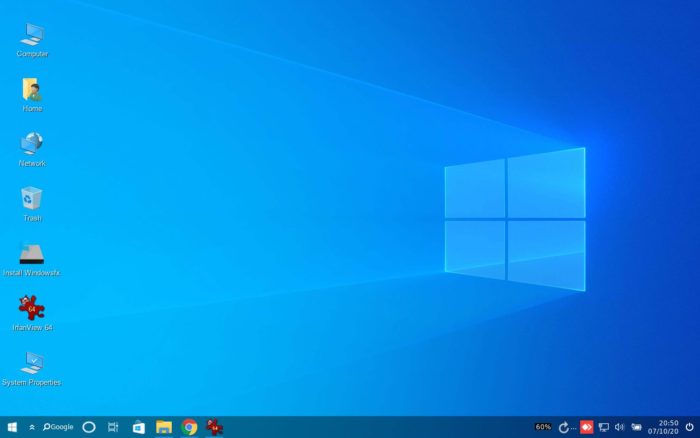 I took Linuxfx 10.3 for a spin in a virtual machine, and before the operating system had even fully loaded, I was greeted with a Windows logo and a check disk message. By the time I got to the desktop, the illusion was even more complete.

Not only do you get a Windows 10-style Start Menu, taskbar, system tray, and desktop, but you’re also greeted with Windows logos everywhere you look. Click a Windows logo to open the app launcher. Click the Windows-style Task View button to view your virtual desktops. And if you want to open the Ubuntu Software Center you’ll click a Microsoft Store logo in the taskbar.

Want to run LibreOffice? No problem. Just open the Start Menu and click on the Office logo (or the Excel, Word, and PowerPoint logos to launch specific apps in the office suite). 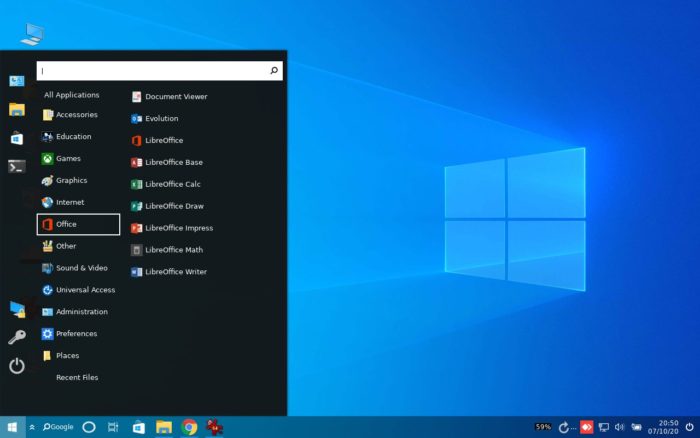 System settings have been skinned to look like the Windows 10 Settings app, and there’s also a pseudo control panel.

All told, it’s a pretty impressive feat of skinning/intellectual property infringement. But it’s so well done that I could almost imagine recommending Linuxfx to someone switching from Windows, since the transition would be so easy.

Heck, you can even run some Windows applications without too much trouble, because Linuxfx 10.3 comes with WINE pre-installed. I haven’t tried running Windows apps in Linux in a while, but I don’t remember it being quite so easy to install and run apps like Irfanview and Reaper (although I suspect that’s because WINE has come a long way since I last tried it, not necessarily that Linuxfx does a better job of implementing it than other Linux distros). 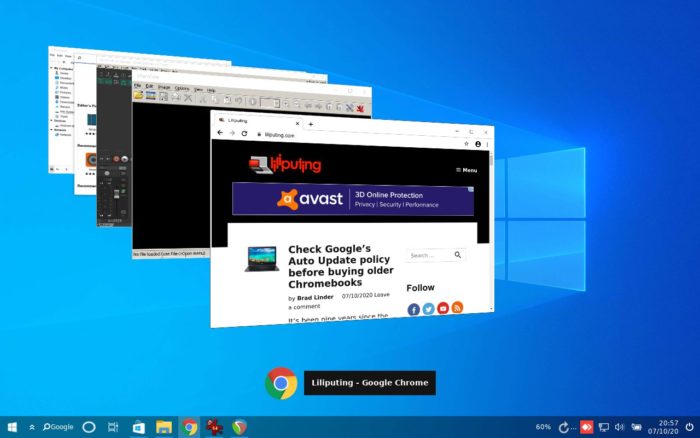 Of course, not every Windows app will run in Linuxfx and there are some applications and menus where the illusion falls apart a bit,  because when it comes down to it, this isn’t Windows. It has a Linux kernel, an Ubuntu 20.04 base, and a heavily skinned version of the Cinnamon Desktop environment.

But a series of thoughtful (if questionably legal) design decisions, mean that Windows users are likely to find themselves right at home with Linuxfx. 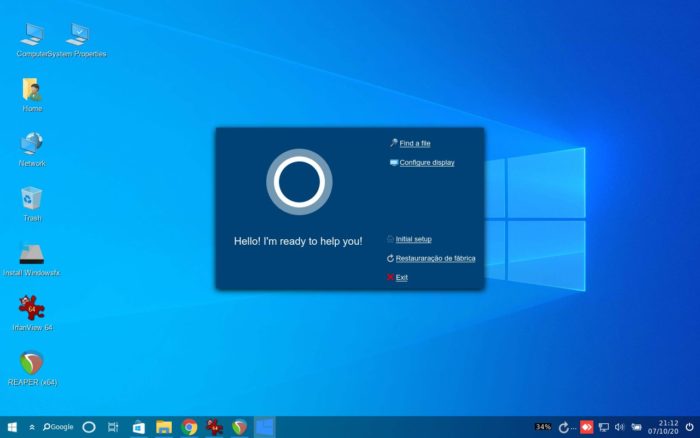 There’s even a Cortana clone called Helloa with support for English, Spanish, and Brazillian Portuguese. All we need now is a Clippy clone.

via Forbes and DistroWatch

4 replies on “Linuxfx: an Ubuntu-based operating system that looks like Windows 10”