A better method for running Android apps on Linux phones is now working on the PinePhone. More independent reviews of the JingPad A1 Linux tablet are coming in. A new service pack brings improvements to the latest stable build of the postmarketOS Linux distribution.

And in this latest Linux smartphone news roundup, there are a bunch of updates related to mobile Linux distributions and apps.

Here’s a roundup of recent news from around the internet.

Notifications are coming to the Phosh lock screen [@GuidoGuenther]
The open source UI developed by Purism for the PureOS software that ships with the Librem 5 smartphone is also available for many other mobile Linux distributions. One upcoming change? Support for viewing notifications on the lock screen before you unlock your device.

Notifications are coming to #phosh‘s lockscreen. Also in progress is different haptic/led feedback depending on the set notification category. The #phosh/#feedbackd side is mostly there and it works with #libnotify but needs changes in #glib to work with #GApplication too. pic.twitter.com/H1KjnJDfSd

You can jailbreak an iPhone using a Linux phone [powenn/pinera1n/GitHub]
Checkra1n is a tool for jailbreaking iOS devices ranging from the iPhone 5s through the iPhone X. It can run on mac or Linux devices… so powenn decided to see if it would run on a PinePhone, allowing you to jailbreak one phone using another. It turns out you can.

I will write a tutorial on GitHub
If you want to have a portable Checkra1n
You will need a hub and usb-A to lighting and mobian (I tested on it) https://t.co/49KldRvD5s

Waydroid nows runs on the PinePhone (Android apps on Linux phones) [ @RealDanct12]
This new utility installs the Android-based LineageOS in a container, allowing you to run Android applications on Linux devices including smartphones. We’ve seen it running on other devices like the OnePlus 6T, and now it’s coming to the PinePhone. It’s not the first Android-in-a-box solution for Android phones, but it runs a more recent build of Android than Anbox, while offering much smoother performance.

MauiKit progress update [MauiKit/Nitrux]
MauiKit 2 is scheduled for release soon, and here’s a roundup of recent progress on this framework for convergent apps designed to run on both desktop and mobile-sized displays. 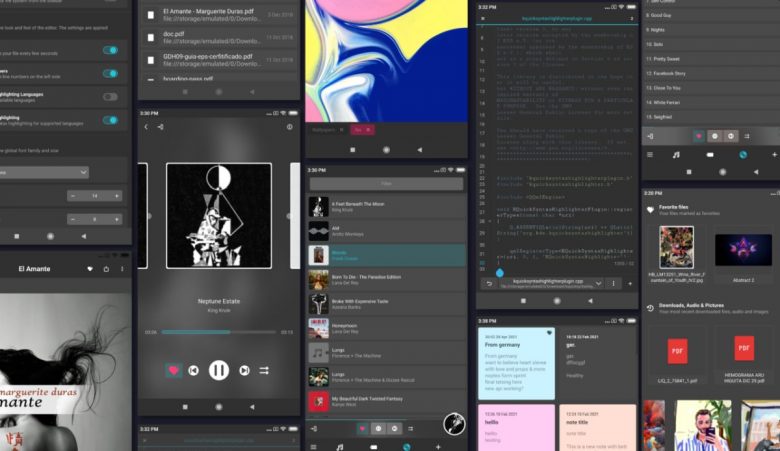 Part one of the TuxPhones JingPad A1 Linux tablet review is here. Some highlights: good hardware and performance, nice keyboard accessory, and a custom mobile-friendly user interface, but no mainline Linux kernel support. 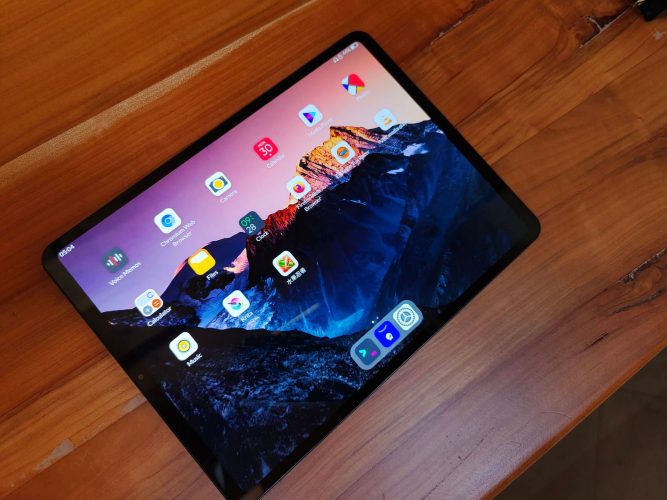 PinePhone software progress [LINMOB/YouTube]
Among other things, the kernel, user interface, and compositor have been updated. There’s also support for choosing your own lock screen and menu backgrounds.

postmarketOS Tweaks and Megapixels app updates [Martijn Braam/YouTube]
The postmarketOS Tweaks app lets you adjust the user interface of the Phosh user interface, and the latest version adds support for changing the background image for lock screen and application list views . The Megapixels app, meanwhile, is the best camera app available for the PinePhone so far, and this update

OpenSUSE for PinePhone updates [@hadrianweb]
I haven’t had time to record a video showing the latest state of Linux smartphone software in a while, but fortunately LINMOB put out this video showing updates to the Phosh user interface, support for hardware-accelerated video, a new podcast app, and more.

Latest news in @openSUSE for @thepine64 #Pinephone
– Kernel update 5.12 (last month)
– Phosh 0.12.1
– Phoc 0.8.0
And also updated tweaks app so now you can choose you own lockscreen and menu screen backgrounds like this photos (from openSUSE branding)https://t.co/TDOgJAKOWF pic.twitter.com/WKUtj0jHkx

postmarketOS v21.06 Service Pack 1 [postmarketOS]
This service pack brings some of the latest features from the experimental “edge” channel to the stable branch of postmarketOS, including the Sxmo user interface, a newer kernel for PinePhone users, bug fixes, and updated apps including postmarketOS Tweaks and Firefox Mobile Config.

Also make sure to check out the latest LINMOB Weekly Linux Phone news roundup for more news from the past week.