System76 has been selling Linux laptop and desktop computers for years. But for most of that time the company has been buying OEM designs and slapping its own software on top.

Recently System76 started designing and manufacturing its own desktop computers. And now the company is working on its own custom keyboards.

The upcoming System76 keyboard will be designed to work with the company’s Linux-based Pop!_OS operating system with support for a variety of keyboard shortcuts. But it’s not just the software that’s customizable — the keyboard is too. 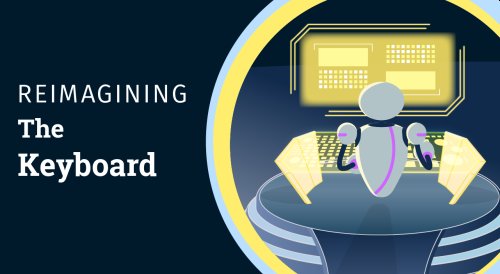 The company says the plan is to make all of the keys on the keyboard one of three sizes:

What about the space bar? Most keyboards have a long one below the C through M keys, but System76 will instead break the space bar up into two 2U-sized keys.

That means the space bar will take up a little bit less space than usual, but it provides more versatility. If you always use your right or left thumb to hit the space bar, then you can assign the key you don’t plan to use for space to a different function.

In fact, any of the keys on the keyboard can be swapped — both physically and virtually. System76 says you’ll be able to swap out physical keys an then use a software application that lets you define the function of each key on your keyboard. Want to have a backspace key on the bottom of your keyboard? Just pop out the backspace key, move it to the spot where you’d normally find one of the space bar keys, and then remap the function in software.

The company says the keyboard will work with the System76 Pop!_OS Auto Tiling feature, which allows you to automatically arrange new windows as they’re opened… and then use keyboard shortcuts to navigate between applications, resize windows, or make other changes.

There’s no word on the release date for the new keyboard, or even an official name. Right now the company is referring to it as the System76 keyboard, but that’s a description, not a name.