System76 has been selling Linux laptops and computers since 2005. A few years ago the company introduced its own Linux distribution called Pop!_OS, and now when customers buy a System76 computer they can choose between Pop!_OS and Ubuntu Linux.

There hasn’t always been a huge difference though, since Pop!_OS is based on Ubuntu. But now System76 says it’s developing a new desktop environment for the operating system. It’s called COSMIC, and it’ll debut when Pop!_OS 21.04 is released in June. 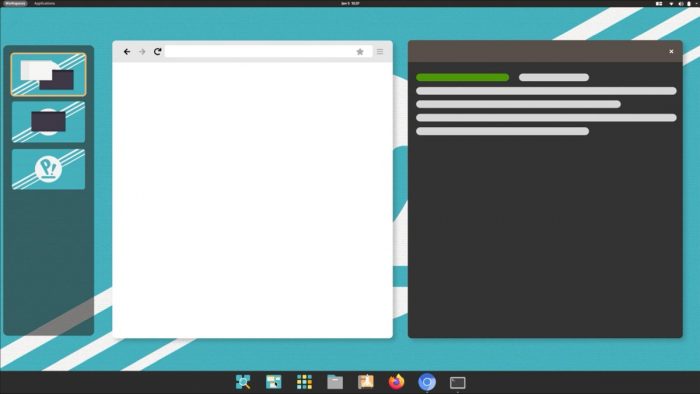 If you’re scratching your head because the version number would seem to indicate an April 2021 release, that’s because the company decided to delay the release a bit in order to finalize the development of COSMIC.

According to System76, the desktop is based on GNOME, but it’s been heavily customized with the goal of making it “easier to use, yet more powerful and efficient.” Here are some of the features of COSMIC:

COSMIC is heavily customizable so that, for example, users who prefer keyboard shortcuts to mouse interaction can use automatic window tiling, skip the dock, and navigate between applications without lifting your hands from the keyboard.

You can find more details in a System76 blog post or check out the GitHub repository for COSMIC.