System76 has been assembling and selling computers with Ubuntu Linux for years… but starting this fall the company will shift to a new customized Linux distribution called Pop!_OS.

The new operating system is basically a lightly modified version of Ubuntu with a customized version of the GNOME Shell user interface.

But the biggest advantage is that system Pop!_OS is developed in-house by System76, the company doesn’t need to wait for upstream support or third-party software to push hardware drivers or new features to users of its computers. 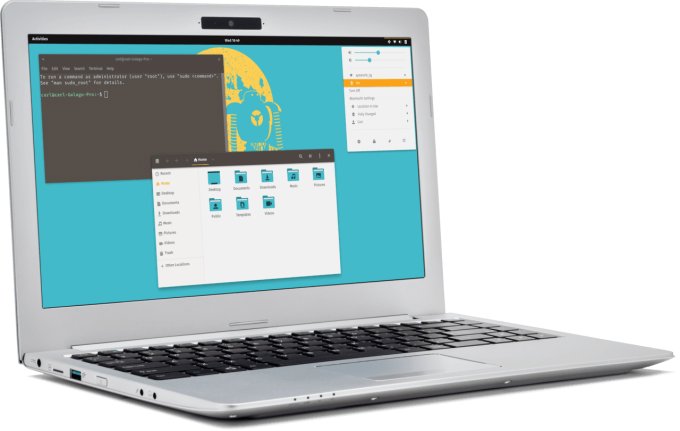 System76 representatives say having their own operating system also allows them to push features requested by users without having to wait for them to be approved upstream by Ubuntu developers.

The first official release of Pop!_OS is set for October 19th, 2017. But you can download an alpha version of the operating system now if you want to take an early build for a test drive.

After the first stable release is out, System76 will start preloading the operating system on notebooks it sells. This follows the recent announcement that the company is starting to design its own hardware in-house as well (up until now System76 has basically chosen off-the-shelf hardware that’s known to work well with Linux).

But if you’d prefer to install Ubuntu, Debian, Fedora, OpenSUSE, or just about any other Linux distro, you should be able to do that as well. The difference between doing that on a System76 computer and one that originally shipped with Windows is that you’re buying a system that’s known to work with Linux drivers… and you’re not paying for a Windows license you won’t use.

The company’s decision to release its own Ubuntu-based operating system has been met with some skepticism. At the very least, the name seems difficult to Google. But it’s still an interesting move from one of the few companies selling computers that run GNU/Linux software.