The One Netbook OneGx1 mini laptop is an unusual little computer that features a 7 inch display, an Intel Core i5-10210Y quad-core processor, and a physical design clearly inspired by gaming laptops. It supports an optional set of detachable game controllers that can clip onto the sides of the device. And One Netbook offers the OneGx1 with optional support for 4G LTE or 5G cellular networks.

As I discovered after spending a few days testing the OneGx1, it offers decent performance for general purpose computing, but gaming is a bit of a mixed bag. But that was with Windows 10. What about other operating systems?

I decided to take Ubuntu 20.04 LTS for a spin, and I was pleasantly surprised that most of the OneGx1 hardware was supported. But there are a few things that could certainly work better. 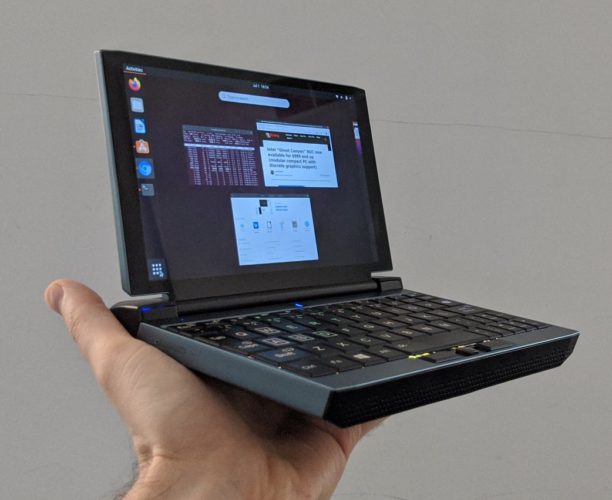 First up, the good news. Here are a list of things that work out of the box: 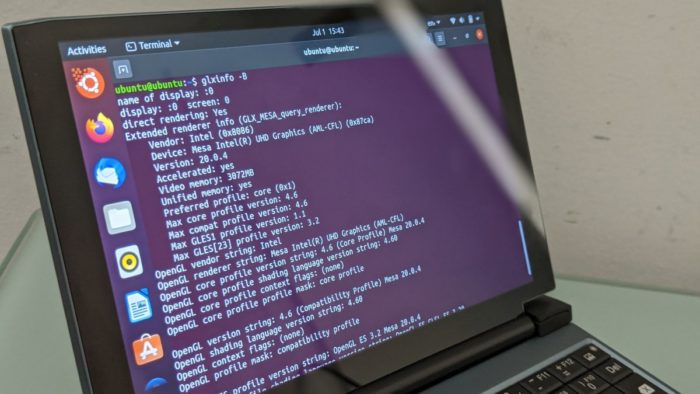 That last one isn’t exactly a home run though. While Ubuntu tells me that hardware acceleration for the Intel UHD integrated graphics are supported, when I installed the Steam game client and downloaded the game Amnesia: The Dark Descent, I was only able to get around 20 frames per second. The same game runs at 60 fps in Windows 10.

I can’t say for certain if the issue is a graphics driver or something to do with the Linux port of the game. But whatever the reason, there are some tasks that run better under Windows.

Now for the bad news. The first time you boot into Ubuntu, the screen will be rotated to a 90-degree angle. You can quickly rotate it 90 degrees so that it shows up in landscape orientation by opening a terminal window and typing xrandr -o right. But the change doesn’t always stick. 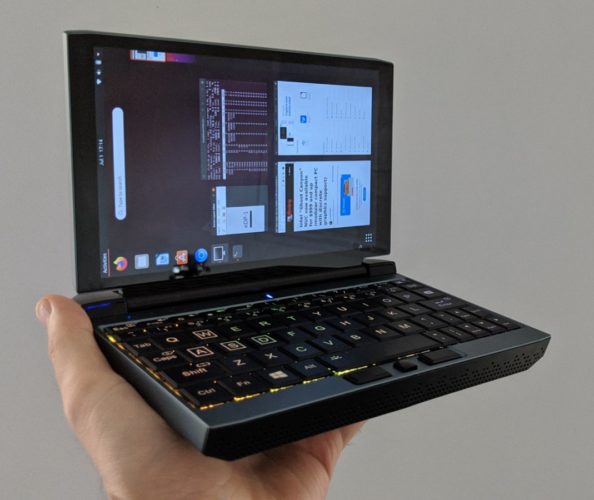 For example, sometimes when I open a game that adjusts the screen resolution or orientation, exiting the game causes the screen to rotate back to portrait orientation.

Screen rotation settings also don’t always survive a reboot. I did try adding a command to the startup applications which automatically rotated the display 90 degrees every time I log into Ubuntu… and it worked for the first few reboots. But something I did after that caused it to stop working.

Folks with more patience and/or Linux expertise than I have might be able to find a better solution. 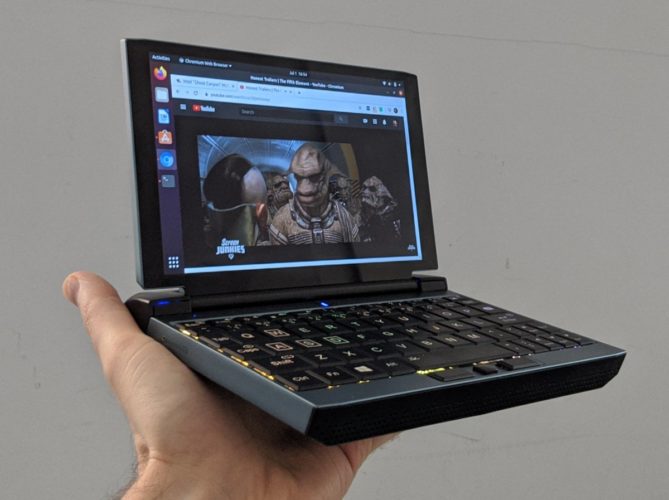 I had no trouble streaming 1080p video from YouTube. 4K video playback was also fairly smooth, but the video paused occasionally due to buffering at that resolution.

Setting up the device to connect to Google Fi using my data-only SIM was incredibly quick and easy, and this allowed me to use the OneGx1 to do a little web browsing even after turning off the WiFi. 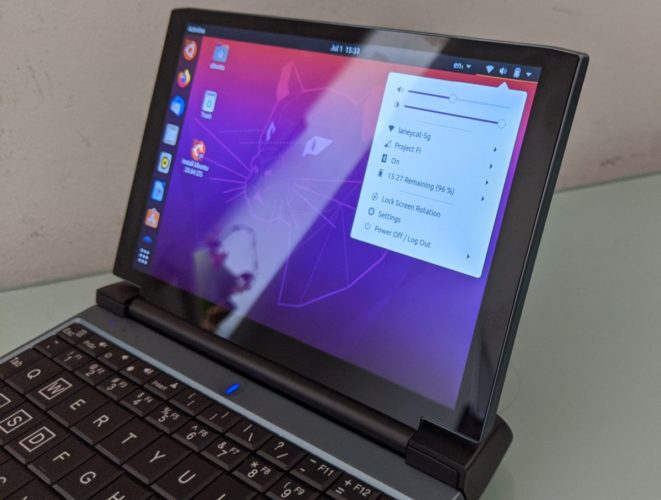 When it comes to support for fractional display scaling, it’s a helpful feature for the OneGX1, because the first time you boot Ubuntu on the little laptop you’ll be greeted by very tiny text and graphics. The notebook’s 7 inch, 1920 x 1200 pixel display features 323 pixels per inch. So in order to make content more visible, you’re probably going to want to set the DPI scaling to 150 percent or higher.

Overall, the OneGx1 makes a decent first impression when running Ubuntu 20.04. The operating system may not run flawlessly, but so far it’s easier to run Linux on this mini-laptop than on some other models, like the GPD Win Max.

The OneGx1 is available for purchase from GeekBuying and BangGood: