Linux Mint has a reputation for being an easy-to-use Linux distribution, making it a good option for folks who may be new to Linux, but already familiar with Windows or macOS.

The latest version of Linux Mint is out this week, and it’s a long-term support release that will be officially supported until 2021. For the most part, Linux Mint 18.3 is an incremental update, but it does have a few major improvements. 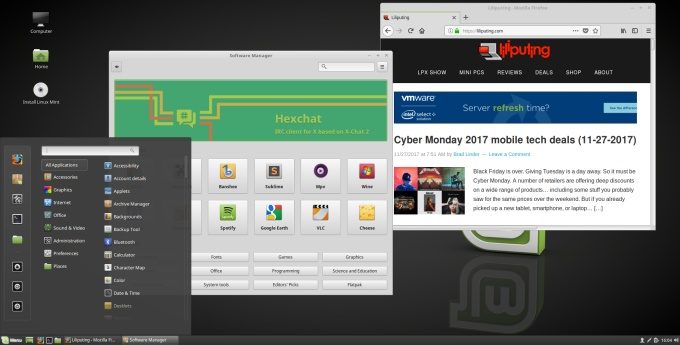 First up is a new and improved Software Manager with an updated user interface, a cleaner design, and speedier performance. It also now highlights popular apps such as Steam, Minecraft, Skype, WhatsApp, and Spotify which may not be open source, but which are popular with users.

The Software Manager also now supports Flatpak, making it easy to install self-contained applications that have dependencies that may not be compatible with Mint.

While most Linux distributions include some sort of package manager, which works sort of like an App Store, Linux Mint was one of the first to introduce an app store-like Software Manager with support for screenshots, reviews, and other modern features. The new version goes even further by allowing users to install packages or flatpaks from the same user interface… meaning you don’t even really need to know all that much about the technology used to package the app you want to install (unless you want to).

Other changes in Linux Mint 18.3 include:

Linux Mint is available for download with a choice of desktop environments including Cinnamon and MATE, and there are also some changes that are specific to each environment.