Linux Mint is an open source operating system based on Ubuntu, but with an emphasis on ease of use, simple installation of proprietary media codecs, and a choice of desktop environments that look a bit more like classic Windows than the Unity UI used in recent versions of Ubuntu.

The next version of Mint will be Linux Mint 17 “Qiana,” and it’s a long-term release that will be officially supported until 2019. But if you want to take it for a spin a bit early, you can now download a Linux Mint 17 release candidate.

It’s available with the MATE or Cinnamon desktop environments. 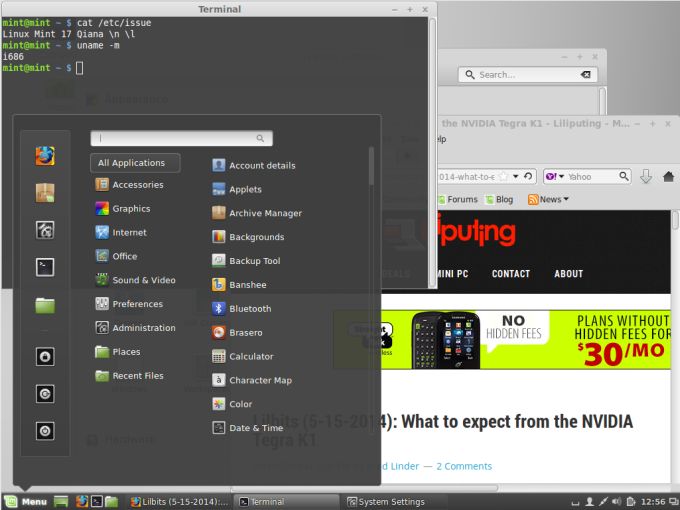 As a release candidate, Linux Mint 17 is almost ready to be considered stable. But it’s possible there may still be some kinks to work out, which is why it’s being offered as pre-release software, giving users a chance to kick the tires and report bugs.

There are a few known issues including lack of support for Optimus graphics switching for systems that have NVIDIA graphics cards and the login screen freezes if you try to use German as your default language. Hopefully at least the latter issue will be addressed by the time Linux Mint 17 is officially released.

Both the MATE and Cinnamon environments have a sort of classic Windows desktop feel with a taskbar at the bottom of the screen and an app and setting menu that you can launch from the lower left corner. MATE is based on the no-longer-developed GNOME 2 desktop environment, while Cinnamon is a new user interface developed by the Mint team.

Some changes in Linux Mint 17 include improved update and driver managers, an updated login screen, new artwork, and the latest version of Cinnamon adds support for displays with high pixel densities.

The team is also moving to a new release strategy. Starting with version 17, new versions of Linux Mint will based on the latest Ubuntu LTS (Long Term Support) release. While new builds of Ubuntu are launched every 6 months, LTS releases come out only every 2 years and come with 5 years of official support.

The move means that the Mint team will focus on improvements to its own software for smaller releases, but each new build of the operating system will be based on Ubuntu 14.04 until the next LTS release is available in April, 2016.