The latest version of the popular Linux Mint operating system is now available for download in two flavors. You can get Linux Mint 17.2 with the Cinnamon or MATE desktop environments. Both versions should feel familiar to anyone that’s used Windows (or most desktop Linux distros) in the past decade. But unlike Windows, Linux Mint is free and open source software (that also happens to be free of cost).

Version 17.2 is a long term support release which will continue to receive updates and other support through 2019. 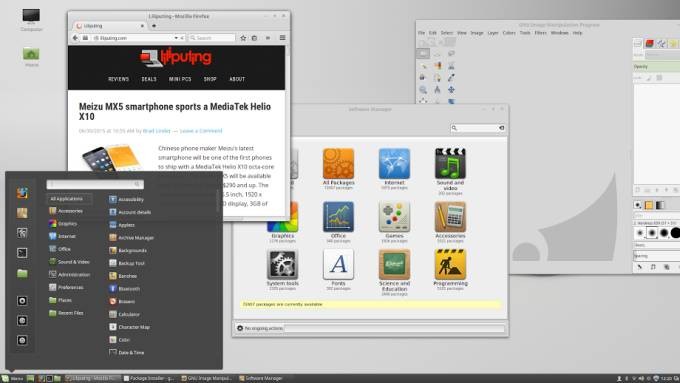 So what’s new in Linux Mint 17.2? Well, that depends on which version you install, but both Linux Mint 17.2 MATE and Cinnamon include tweaks to the desktop environment and default apps, as well as and improved update manager, updated login screen, better support for UEFI firmware, NVIDIA graphics cards, and new artwork, among other things.

Linux Mint is based on Ubuntu 14.04, which means that most software that will run on Ubuntu will also work with Mint. But while Ubuntu is one of the most popular desktop Linux distributions, Linux Mint has earned a reputation in recent years for being easy to use even for folks that are new to GNU/Linux. It has excellent support for a wide range of hardware and a good out-of-the-box experience.