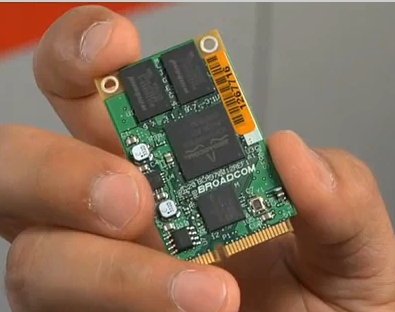 The Broadcom Crystal HD video decoder is a card that you can slip into a netbook to enable HD video playback on computer with an Intel Atom processor and integrated graphics. Broadcom has supported Windows since day one, and the Broadcom BCM70012 and BCM70015 cards play well with Windows media Player 12, Adobe Flash Player 10.1 beta, ArcSoft TotalMedia Theatre and CyberLink PowerDVD. Linux, on the other hand, has been a different story… up until now.

Yesterday Broadcom released the driver source code for its Crystal HD cards. The source is designed to work with all Linux kernels 2.6.11 and newer.

This means you should be able to configure pretty much any Linux distro to work with the Broadcom card. Unfortunately, you’ll need to know how to compile the drivers from source and configure them to work with your media player of choice. Broadcom is not officially supporting Linux in any way. But somehow I don’t think it will be too long before some users create easy-to-install packages for popular Linux distributions such as Ubuntu, Fedora, and PCLinuxOS.