If you’re looking for a new operating system to try out you don’t have to wait for Windows 8. Some of the most popular Linux-based operating systems have recently received major updates… or are due to be updated soon.

Last month Canonical released Ubuntu 12.04, which is kind of a big deal because Ubuntu is one of the most popular Linux distributions in the world, and because the most recent release is a Long Term Support release, which means Canonical will provide support for 5 years.

For those that like to live on the bleeding edge, Ubuntu 12.10 Alpha 1 is due in early June.

Here are a few other Linux distros that are turning new corners:

This operating system started off as a derivative of Ubuntu with a few extra bells and whistles thrown in. But over the past few years Mint has made a name for itself as a rock solid, easy to use operating system which is great for Linux beginners and experts alike. 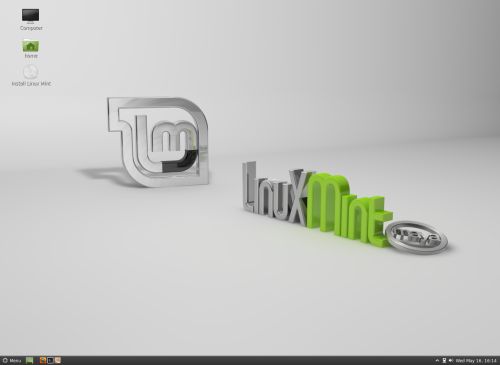 Mint is also a great alternative for long-time Ubuntu users that are turned off by the newish Unity interface in the latest versions of Canonical’s operating system. Linux Mint 13 is available with a choice of MATE 1.2 or Cinnamon 1.4 desktop environment, both of which feature a more traditional desktop style, inspired by classic versions of the GNOME environment.

You can find out more about Linux Mint 13 Maya in the Mint 13 elease announcement.

The Fedora Project is a community project sponsored by Red Hat, one of the oldest names in the Linux business. Fedora has long been one of the most popular Linux distros, and version 17 is due out by the end of May. 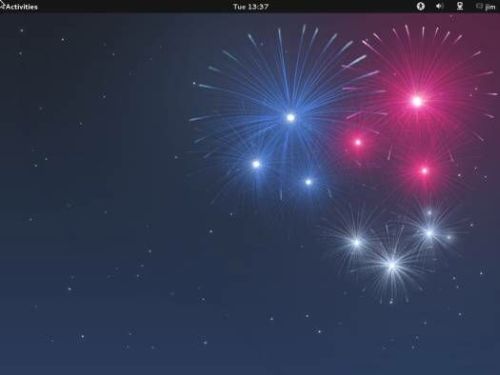 You can download the latest beta now from the Fedora pre-release page.

Fedora 17 will be available with the KDE 4.8 or GNOME 3.4 desktop environments and suite of apps, as well as the Sugar 0.96 environment designed for the OLPC XO Laptop.

A number of the default apps have also been updated and some new apps such as the epris music player have been added. You can find more details in the Fedora 17 release notes.

The last time I checked in on Pinguy OS, the developers had just released a light-weight version of the operating system based on Ubuntu 11.04. 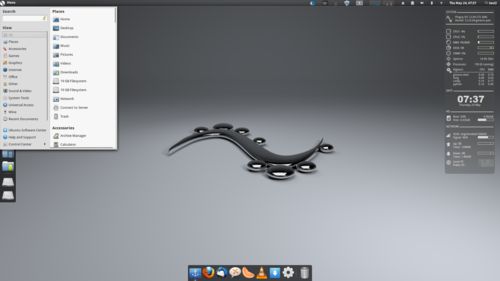 Two Ubuntu releases later, Pinguy has been updated to include the updates from Ubuntu 12.04. Pinguy OS 12.04 beta was released this week.

OpenSUSE 12.2 is due out this summer, but while the first beta was initially planned to drop today, that release has been postponed indefinitely due to technical difficulties.

Earlier this month the developer of Parted Magic released a major update with a more recent Linux kernel, Xorg server, and other improvements. Parted Magic is an awesome tool for anyone looking for a quick and easy way to repartition hard drives or make other changes to their disks. You can simply burn the ISO to a disk or USB flash drive, boot your computer from that device, and make changes without booting Windows or another operating system.

Make sure you know what you’re doing before you start messing with disk partitions though — as this can wipe your current operating system or cause other problems.

Meanwhile the developers behind Mandriva Linux have announced that the operating system will become a community-supported project once again, with future decisions made by the developer community and not the Mandriva SA company.