It’s been two years since Google started bringing support for Linux apps to Chromebooks, and these days dozens of Chrome OS laptops support support the feature (although it’s still a beta feature that you have to enable manually).

It looks like that’s going to change soon though — because Google appears to be adding support for all Chromebooks featuring Intel Core m3-6Y30 processors and other 7th-gen Intel Core “Skylake” chips. 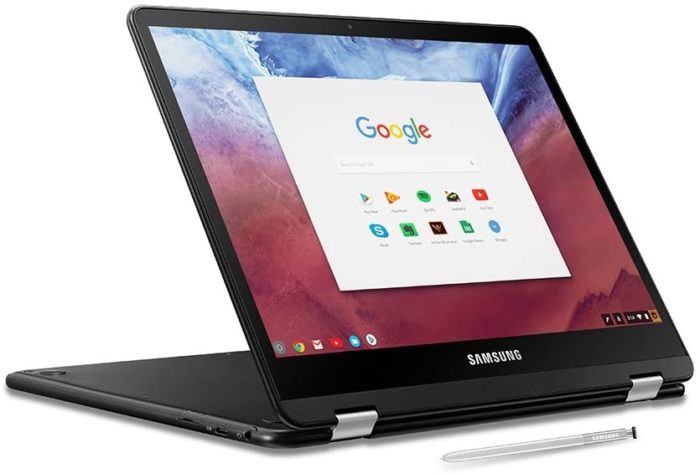 Google’s Chrome OS is basically a browser-based operating system built around a Linux kernel. So what Google’s Crostini tool does is allow you to set up a custom container so that you can run Linux desktop apps as if they were native Chrome OS applications. There’s no need to reboot or switch desktop environments.

But Crostini has a few minimum requirements, including a processor that supports hardware virtualization and a system that’s running Linux kernel 3.15 or newer.

Unfortunately Skylake Chromebooks shipped with an older version of the Linux kernel. But redditor u/lordmorphous recently discovered that it was possible to update a Samsung Chromebook Pro with a Core m3-6Y30 processor to Linux kernel 4.19 and enable support for Linux applications.

It’s still reportedly kind of buggy — and it’s difficult to replicate this experiment because it only seems to work on Chrome OS 82 dev channel builds, and Google has scrapped that version of the operating system and shifted its focus to Chrome OS 83.

But Chrome Unboxed found code in the Chromium repository that suggests Google will be pushing this update soon to all Chromebooks with Skylake chips, including:

These Chromebooks were released in 2016 and 2017 and they were premium Chromebooks at a time when there weren’t a lot of devices in that category. With prices starting at around $500, they featured Intel Core m3-6Y30, Core m5-6Y57,or Core m7-7Y75 Skylake processors.

All three models are still officially supported by Google, and will continue to receive Chrome OS updates until at least June, 2023.

There’s probably no reason to pick one up today… but if you have one lying around, an upcoming update could breathe some new life into it by adding support for desktop Linux applications.

Or if you don’t feel like waiting, you could just use the third-party Crouton tool that lets you install a complete Linux desktop environment and run it alongside Chrome OS.