If you’ve tried installing Ubuntu or other GNU/Linux-based operating systems on a computer with an Intel Atom Bay Trail or Cherry Trail processor, there’s a decent chance you ran into problems with WiFi, audio, or other hardware.

But Ian Morrison notes that the upcoming Linux 4.11 kernel fixes one of the last remaining issues: HDMI audio.

Since Ubuntu 17.10 and other operating systems set to launch later this year will probably use the new kernel, that means there’s a better chance that you’ll be able to use the official install images to get Ubuntu (or other Linux-based operating systems) up and running with minimal fuss. Until then, Morrison has a workaround. 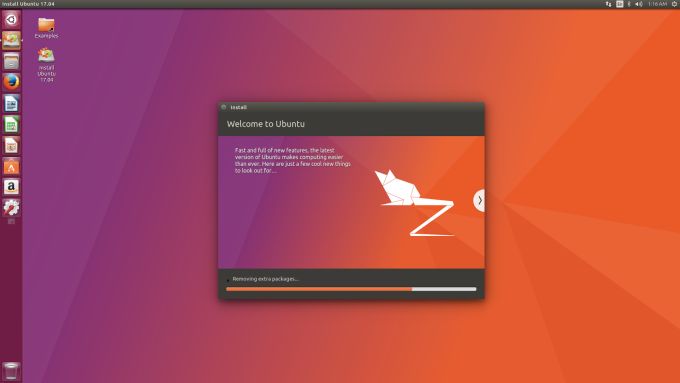 Intel has pretty much given up on producing new Atom chips for low-power laptops, tablets, and notebooks. But if you’ve already got a Bay Trail or Cherry-Trail powered device that you’d like to use as a Linux PC rather than a Windows or Android machine, the latest kernel should be helpful.

Among other things, it’ll let you let you plug your device into a TV using a single HDMI cable. Previously you would have either needed to apply a software patch or use a separate audio cable to deliver sound to a TV.

Morrison has released a script that lets you build your own Ubuntu disc image by patching the official ISO with the latest Linux 4.11 kernel release candidate.

It’s not quite as simple as downloading a pre-built disc image, and the script only runs on a computer that’s running Linux. But it provides more flexibility than simply downloading one of Morrison’s existing disc images, since you can choose pretty much any version of Ubuntu (including newer and older releases and different flavors including Lubuntu and Xubuntu).

You can also find some additional scripts to get Ubuntu working with common WiFi and Bluetooth hardware used in Atom-powered systems at Morrison’s website.