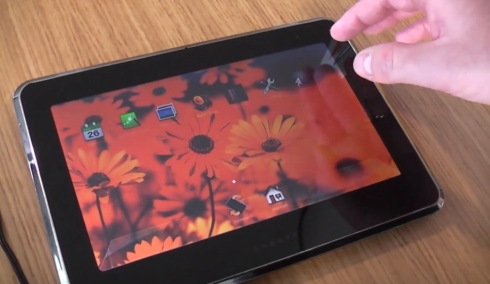 The folks at Linpus have been offering customized Linux-based operating systems for netbooks for the past few years. The first netbooks that Acer released ran Linpus software. As expected, the developers of Linpus are now taking aim at the tablet space with the launch of a new Linux-based OS designed for touchscreen displays.

Netbook News caught up with Linpus at aMeeGo conference recently, and got a first look at the new user interface. You can check it out in action in the video after the break. Unfortunately the demo hardware wasn’t really designed to take full advantage of the features such as multitouch gestures including pinch-to-zoom

Of course, you can also run the software on a netbook and use a keyboard and mouse to navigate.

The new version of Linpus is based on MeeGo Linux, and comes with the Firefox Mobile (or Fennec) web browser instead of the desktop version of Firefox. The mobile version is optimized for touch gestures. There’s also an eBook Reader, notepad app, and other applications that are deisgned for fingertip input, and an on-screen virtual keyboard which looks a lot like the Apple iPad keyboard.

Everything looks pretty good, but it will probably look a lot better when we can see the software running on appropriate hardware.