Over the past year or so, we’ve seen a bunch of companies launch a new kind of home WiFi router system. Instead of relying on a single router to blanket your whole house with a strong signal, the idea is to use two or three routers that communicate with one another to improve coverage throughout a large area.

Eero and Luma pretty much kicked things off. Netgear jumped in a bit later. Even Google has a mesh networking WiFi router system.

Now one of the biggest names in WiFi routers is getting in on the action. Linksys has introduced a new system called Velop Whole Home WiFi. It’ll be available starting January 15th. 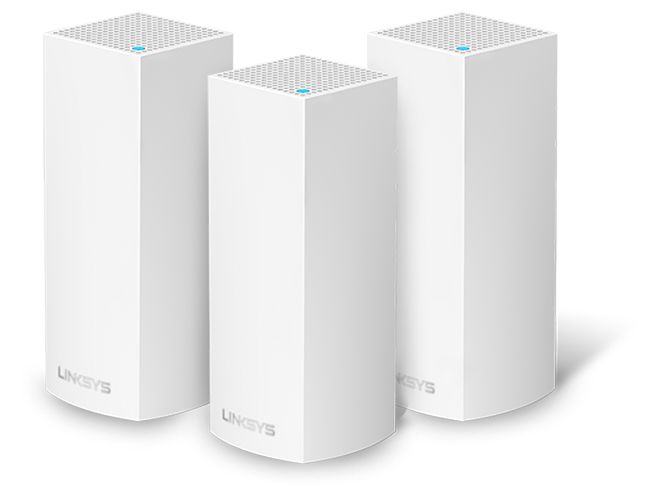 You can buy a single Velop router for $200, two for $350, or three for $500. While there are certainly cheaper ways to get WiFi in your home, the new LInksys system has some interesting features.

First, each unit is an 802.11ac router with data transfer speeds up to 2,200 Mbps. Second, you can manage the router system using iOS or Android apps. And third, you can use Amazon Alexa to control certain functions.

For example, if you have an Amazon Echo or Amazon Fire tablet, you can use your voice to turn a guest network on or off.

The system also supports automatic updates, which means security fixes should be applied as soon as their available, something which is hardly true of most older routers that require manual firmware updating.