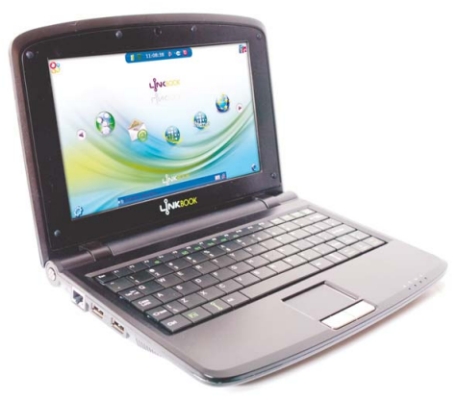 Intel may dominate the netbook space with its Atom chips. But there’s no rule that says a netbook needs to have an Atom processor… or even an x86 processor. A South African company has built an 8.9 inch mini-laptop called the Linkbook which is powered by a Freescale PowerPC processor.

If the PowerPC architecture sounds familiar, that’s because Apple used PowerPC chips for its Mac computers until just a few years ago.

The computer runs a custom operating system called Link OS, which is based on Ubuntu.

You can pick one up from Vodafone in South African for about $25 when you sign up for a 2 year service contract.

6 replies on “Linkbook 9 inch netbook with a PowerPC processor”