NVIDIA GameStream technology lets you stream PC games from a gaming computer to an NVIDIA Shield handheld game console over a home network. This lets you play PC games around the house without tethering yourself to a chair in from of your gaming PC. It also allows you to play games that wouldn’t otherwise be available on a handheld system (because they’re actually running on a PC — you’re just using the Shield as a sort of remote control).

But it turns out you don’t need NVIDIA’s handheld gaming device to stream games from your PC. Developer cgutman has been working for the past few months on tools to let you stream games to any Android device. It’s called Limelight, and it’s an open source, reverse-engineered version of the Shield streaming software. 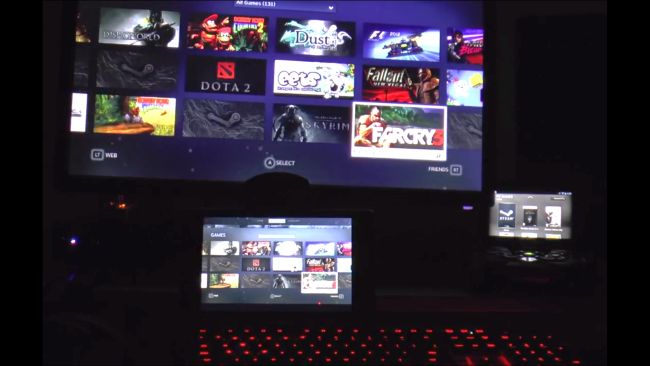 While early builds of the software were released months ago, over the past few weeks Limelight has received some performance improvements and tweaks that let you choose between 720p and 1080p resolutions and 30fps or 60fps frame-rates. So if you’re having difficulty with the highest settings, you can try reducing those settings to improve performance.

There’s still a bit of lag involved, so you might not want to play games that require split-second reaction times. But YouTube user deeeseven posted a video of Limelight working with a Google Nexus 7 (2013) featuring a Qualcomm Snapdragon 800 chip, and the results look pretty impressive.

Update: The folks at Android Police also took Limelight for a spin, and have a detailed walkthrough.

You can find more details about Limelight at the xda-developers forum and at the project’s github page.

2 replies on “Limelight: Use NVIDIA GameStream without an NVIDIA Shield”