Black Friday takes place on November 25th this year, and Cyber Monday is November 28th. But some retailers have been running sales all month and many of the best deals are already live.

So here are some of the best mobile tech deals I could round up so far on items including laptops, tablets, smartphones, headphones, and other gadgets… as well as a few deals on streaming services, PC game downloads, and other software and services.

Once upon a time the idea of a $100 laptop seemed like it was tantalizingly out of reach. These days it’s not uncommon to find budget laptops selling in that price range.

Walmart and Best Buy are both selling Windows 11 notebooks for $100 or less for Black Friday. Are they the best laptops money can buy? Certainly not. But for light web browsing, word processing, or other basic tasks, they might be good enough to hand off to a kid, use around the house, or pack in your bag next time you want to head off on vacation without worrying about taking valuables.

Meanwhile if you’re in the market for something a little nicer, Dell’s current-gen XPS 13 laptops are on sale this week, as are several Microsoft Surface Laptop 5 configurations. And the HP Pavilion Aero 13 and Pavilion Plus 14 are both pretty solid deals.

While entry-level Windows laptops are getting cheaper and cheaper, Chromebooks have dominated this space in recent years. I’d probably recommend against picking up any model with an AMD A4-9120C processor, but the Lenovo IdeaPad 3 with a MediaTek chip is a pretty solid deal.

Good Windows tablets tend to be designed like thin and light laptops with detachable keyboards these days, and they typically don’t come cheap. So it’s nice to see retailers offering discounts on these normally high-priced systems.

I don’t know why anybody would pay full price for an Amazon Fire tablet, given how often they go on sale. But the best prices of the year are usually reserved for Black Friday, Cyber Monday, and Amazon Prime Day(s) sales. So now’s as good a time as any to pick one up.

Some of the best deals this year are the Amazon Fire HD 8 for $45 and the Fire HD 10 for $75. Both of those are on sale for half price at the moment.

Planning to hack your Amazon tablet by installing the Google Play Store? Then you might be better off with the 10 inch model, since it ships with the older Fire OS 7. Models released in 2022 ship with Fire OS 8 which has proven a tougher nut to hack so far. While the third-party Fire Toolbox does support Fire OS 8, it does not allow you to install the Play Store on the 2022 Fire 7 or Fire HD 8 tablets.

Don’t want to have to hack your table to run the Google Play Store? Walmart, Lenovo, and Samsung have several budget models that cost a little more than Amazon’s tablets… but if you can find a good price on the Samsung Galaxy Tab A7 Lite, it may be one of the best options around, as it comes from one of the dominant players in the Android smartphone and tablet space and receives better support than other models on this list.

I have no doubt that I’m missing many smartphone deals, particularly since I’m not going to bother rounding up carrier-specific deals or trade-in discounts (although I will note that if I were ready to trade in my Google Pixel 4a 5G for a Pixel 6a or Pixel 7, Google would apparently offer $325 cash back, which is pretty tempting).

But here are some of the deal that are on my radar so far. Note that all of the prices listed below are for carrier unlocked phones.

Sony (Believe it or not, these high-prices represent pretty major discounts)

When it comes to mini PCs from Chinese device makers like Beelink and MINISFORUM, it can be hard to tell the difference between a Black Friday sale and… just a regular sale, since these little computers tend to be available at discount prices so often.

That said, here are a few of the models that are currently listed as on sale for Black Friday and/or Cyber Monday. I’m including single-board computers in this category, since they’re also technically mini PCs, and there aren’t enough explicitly on sale to justify a separate category yet.

I’ve been using a pair of Google Pixel Buds A-Series headphones for the last few months because they came as a free gift with my wife’s phone. And I’ve been pleasantly surprised at how good they sound, how long the battery life is, and how comfortable they are to wear for extended periods. I’ve come to prefer them over a pair of fancier noise-cancelling earbuds for most purposes that don’t require active noise cancellation.

One of these days the battery in the UE Mini Boom Bluetooth speaker I bought in 2014 is going to die… and if today were that day, I’d strongly consider replacing it with one of the devices below. But since it still only needs to be charged once every week or two, I guess I’ll hold onto it for another few years if I can.

Amazon’s Kindle Paperwhite eBook reader is on sale for $45 off the list price at the moment, making it even cheaper than the entry-level Kindle.

But it’s totally worth spending an extra $10 to get the Kindle Paperwhite Kids Edition. You get a free case/cover, a 2-year worry-free guarantee, no ads on the lock screen, and a 1-year subscription to Amazon Kids+. I took advantage of this deal last year, disabled the Kids+ features and parental controls right away, and haven’t looked back.

Google’s Pixel Watch is only a little over a month old, and already it’s on sale for $50 off. 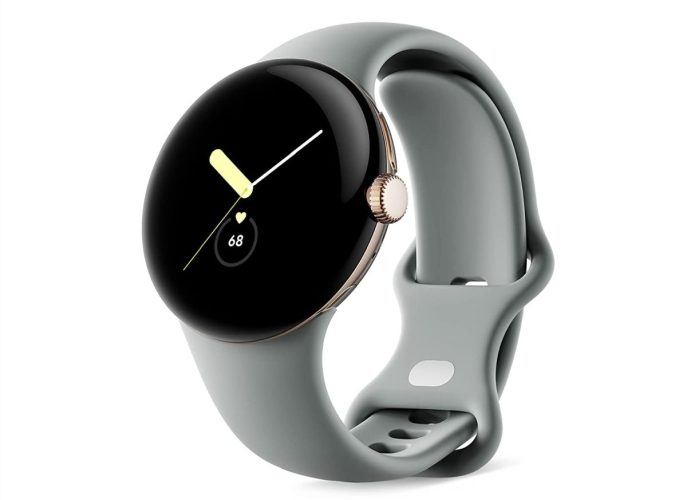 There are all pretty great deals… but I would suggest considering paying a few bucks extra for a 4K streamer even if you don’t have a 4K TV. Not only will it be more future-proof, but you’ll also probably notice speedier performance, since device makers typically use higher-performance chips in those models.

If I hadn’t bought a 3-pack of eero 6 routers last year, I’d be seriously considering dropping some money on a 2-pack of eero Pro 6E routers right now.

Or if you’d rather stay away from the Amazon ecosystem, Netgear’s Orbi line of mesh WiFi routers are often a good bet.

The Microsoft Store is running a sale on gaming accessories. Among other things, the sale includes the best price I’ve seen to date on the Razer Kishi mobile controller for Android smartphones. But you should probably act fast, since many of the best deals in the sale are already going out of stock.

I don’t play enough games to justify taking advantage of these deal, but Humble Choice strikes me as a good deal when it’s not on sale at a discount. Now you can get an annual subscription for $30 off.

I’ll finally get to watch the most recent episode of Star Trek: Lower Decks. My last Paramount+ free trial expired just before it was released. Want more than two months? The Roku Channel is offering Paramount+ subscriptions for $1/month for up to 2 months.

Amazon Prime Channels ($2/month for up to 2 months each)

Whether you’re looking for a portable battery pack or wall charger for your smartphone, or a power station that can keep your TV and laptop running from a campsite, this roundup’s got you covered.