It’s been a strange year in the little computer space. When Liliputing launched in 2008, the big stories in mobile computing were all about netbooks. Over the past few years we’ve seen smartbooks, tablets, ultrabooks, and other portable devices enter the space.

In 2012 pretty much every major netbook maker stopped producing new models, spurred by low profit margins, Intel’s shift its focus to tablets and smartphones, and the launch of Windows 8, which requires higher-resolution displays than those found on most netbooks for many functions. 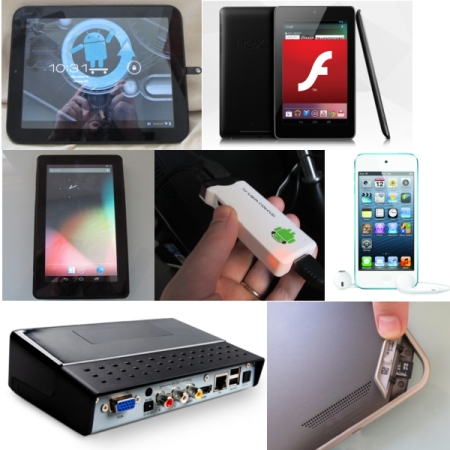 Meanwhile, the prices of Android tablets have fallen significantly, thanks largely to the Amazon Kindle Fire line of products, the Google Nexus 7, and a wave of cheap Chinese tablets.

While some of the devices have limited functionality, hackers have spent a lot of time figuring out how to open up locked-down tablets from companies such as Amazon and Barnes & Noble. That’s no surprise — the Liliputing article that got more traffic than any other this year is one from January which explains how to install Android 4.0 or Android 4.1 on the HP TouchPad, a tablet that became popular last summer only after HP discontinued it and slashed prices.

Speaking of cheap things, 2012 also saw the rise of a new class of device: Android TV sticks and mini PCs… some of which can also run Ubuntu and other desktop Linux operating systems. With prices well under $100, these devices are proving popular with folks looking for ways to turn a standard television into a “smart TV” that can stream videos from YouTube or Netflix, handle Android games, and run other apps.

They’re also pretty nifty toys for the DIY set looking to build their own cheap Linux laptops or other devices.

Those are just a few of the trends we’ve been following in the last year… and based on our traffic, it looks like I’m not the only person interested in these trends.

Here are some of the top stories from 2012, as determined by our Google Analytics traffic. Bear in mind, a lot of our traffic comes from people typing things into Google — so these aren’t necessarily the best or most informative posts of 2012.

Many are just the ones Google decided to send people to… but it’s a lot easier to put together a top 10 list from Google Analytics than to look back over nearly 2000 posts and cherry pick our favorites.

Hmm… mental note: Make sure to start absolutely every story in 2013 with “How to.” Those seem to do well.

As I mentioned, a lot of folks who come to Liliputing are directed our way by Google and other search engines. If you’re wondering what they’re looking for, here are a few of the top keywords that bring people to the site:

If you’re curious, here are the top sources of traffic for Liliputing for the year (not counting direct traffic, or people who typed “Liliputing.com” into a browser:

Overall it’s been a great year for Liliputing. We had a record 2 million page views in November alone, and over the course of the year we’ve received over 19 million page views, more than 7 million unique visits, and thousands of insightful comments from readers around the globe. 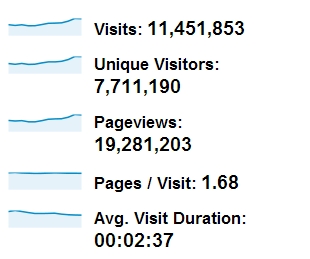 More and more people are also choosing to follow Liliputing on Facebook, Twitter, and Google+ to keep up with the latest headlines. We also launched a new Liliputing Community which you can use to talk to other mobile computing enthusiast and share tips, tricks, and ideas.

The annual Consumer Electronics Show kicks off next week in Vegas, so we’ll see much of what 2013 has to offer pretty soon. What are you looking forward to in the new year?