Elecrow, the company behind the CrowPi educational laptop powered by a Raspberry Pi, have launched a new crowdfunding campaign for a more ambitious STEM education product called Crowbits. 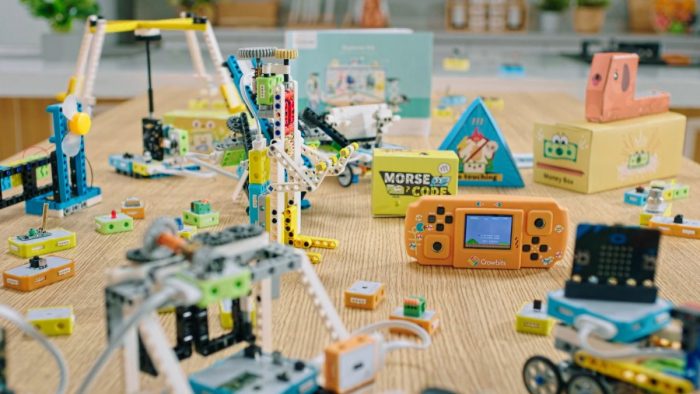 They’re sets of electronic modules including controllers, power supplies, input and output devices, and sensors. These blocks can be snapped together magnetically to create various projects including game controllers or handheld game consoles, remote control cars, or cars that use sensors to avoid obstacles or respond to gestures.

Overall there are 80 different modules available as part of five different kits, and kids (or adults) can learn to program their hardware using Scratch, Python, or Java.