Valve is sending out Steam Deck dev kits to game makers for testing in order to ensure that as many PC games as possible can run on the handheld, Linux-powered gaming PC when it begins shipping to customers in December. Some of those game makers have started sharing images and short videos showing the console in action. And some… have shown a whole lot more.

In other tech news, GPD continues sharing a few details at a time about the upcoming GPD Pocket 3 mini-laptop, Lenovo is set to launch at least five new laptops in China this week, and the company that revived the Nokia smartphone brand is hoping to do the same for Nokia tablets.

Valve has been sending out pre-release Steam Decks to developers for testing, and we’re starting to see some real-world pictures and videos showing their games running on the Linux-powered handheld gaming PC.

Valve sent over a Steam Deck (thanks lovelies!!) so I’ve been going through our games and checking whether they work without any additional dev on our part

In fact it runs *incredibly* well. With full Ultra gfx on, I get around 50-60fps pic.twitter.com/RjT3Q233lX

Some game developers are also showing (way) more of the Steam Deck than others, likely violating an NDA. Here’s a preview from China complete with a look at the new Steam OS UI, benchmarks and frame rates for popular games, and even surface temp checks. https://t.co/yMoCYvv4KB pic.twitter.com/RLIZrOSey0

GPD confirms that the upcoming Pocket 3 mini-laptop with an 8 inch display and Intel Tiger Lake processor will have a swivel-style hinge that lets you flip the screen so it faces backward and then fold it down over the keyboard for use in tablet mode.

Stadia phone Link: use your phone as a Stadia controller [9to5Google/YouTube]

Google’s Stadia game streaming platform is rolling out support for Phone Link, which allows you to use your phone as a touchscreen game pad to play games on your TV, PC, or other device. Or you can plug a controller into your phone to use it with Stadia.

Lenovo plans to launch 5 new Windows 11 laptops in China later this month, including models with Intel Tiger Lake-U and TGL-H chips or AMD Ryzen 5 U and H-series processors. It’s unclear which, if any models will be sold outside of China. 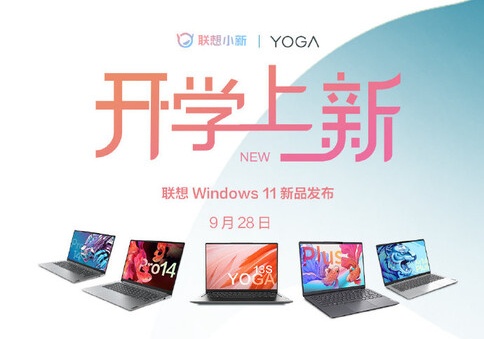 The first Nokia tablet in 7 years is coming [@NokiaMobile]

HMD is teasing a new Nokia-branded tablet with an announcement coming October 6. This could be the Nokia T20 10.36 inch tablet that leaked this summer, and it will be the first Nokia tablet since 2014.

Everything you’d expect from a Nokia phone in a tablet.
Coming 6.10.21 pic.twitter.com/uTssAURMMQ