Samsung’s Galaxy S series smartphones grab most of the headlines since they’re the company’s flagship-class phone that typically feature the best hardware Samsung can put in your pocket (even if that hardware sometimes doesn’t run as fast as it could). But the company’s best-selling phones are actually in the wallet-friendly Galaxy A series. And now Samsung has launched two new Galaxy A-branded phones with big screens and high-res cameras… but without 5G support. 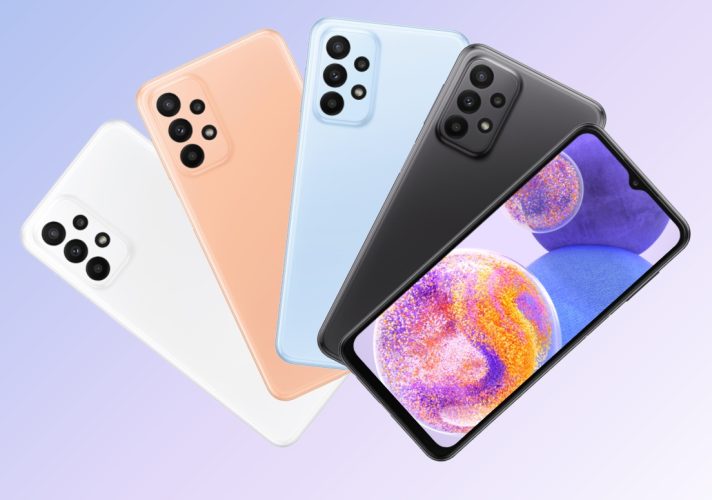 In other recent tech news from around the web, it turns out you can try Valve’s new Steam Deck user interface without holding an actual Steam Deck in your hands. It just takes a little work to access the new UI using the Steam game client on any Windows or Mac PC.

The folks behind security-hardened Android-based operating system GrapheneOS are releasing some security & privacy-focused apps to Google Play, allowing you to run them on just about any Android device. And Microsoft has completed is acquisition of Nuance and released an update to the command line Windows Package Manager (those last two aren’t related).

Samsung introduces two new budget 4G phones. The Galaxy A23 and A13 both have 6.6 inch LCD display, 50MP primary cameras 5,000 mAh batteries and 25W charging. The Galaxy A23 has a faster processor and more RAM & storage. https://t.co/TGsQOMy9fs

You can try out the Steam Deck user interface on any computer running the Steam client on Windows or Linux. You just need to make a few small tweaks to launch Steam with the new UI and you can always revert to the original design. https://t.co/FQ2TKu9LQX

GrapheneOS is a security-hardened version of Google Android. Now the makers of the OS are releasing security & privacy-focused apps to the Play Store so you can get some advantages without installing a custom ROM. Secure Camera and Secure PDF Viewer. https://t.co/UnPEYbLhMb

Microsoft has completed its $19.7 billion acquisition of Nuance, makers of the Dragon line of text-to-speech tools, among other things. The deal was first announced almost a year ago to bolster Microsoft’s conversational AI & ambient computing tech. https://t.co/eaG98mQtUs