While you can already do things like synchronize your browser history between devices or unlock your Chromebook with an Android phone, soon there may be a new Phone Hub feature baked into Chrome OS that will let you view smartphone notifications, locate your device, or even control some settings (like silencing your phone) from your Chromebook.

It’s not ready to go just yet. But the folks at Android Police have a sneak peek. 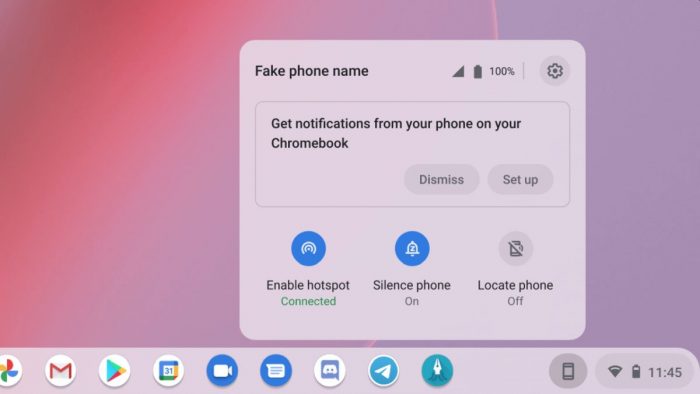