Windows laptops with Qualcomm Snapdragon processors have been around for a few years… but they’ve offered generally underwhelming performance, especially now that Apple has shown that laptops with ARM-based processors can be much faster than equivalent models with x86 chips.

But Qualcomm isn’t done making laptop processors. Details about an upcoming chip are starting to leak, and it looks like Qualcomm plans to skip the usual big.LITTLE design which pairs a set of high-performance CPU cores with a set of lower-power, energy-efficient cores. Instead, rumor has it that the company will use something closer to big.BIGGER, with nothing but high-performance cores, and some clocked at higher speeds than others.

Meanwhile, the company’s current-gen Snapdragon 7c and 8c chips are headed to Chromebooks this year, and early reviews suggest that while they won’t perform as well as an Intel Core i3 chip, they should at least be faster than the MediaTek processors commonly found in existing Chromebooks. 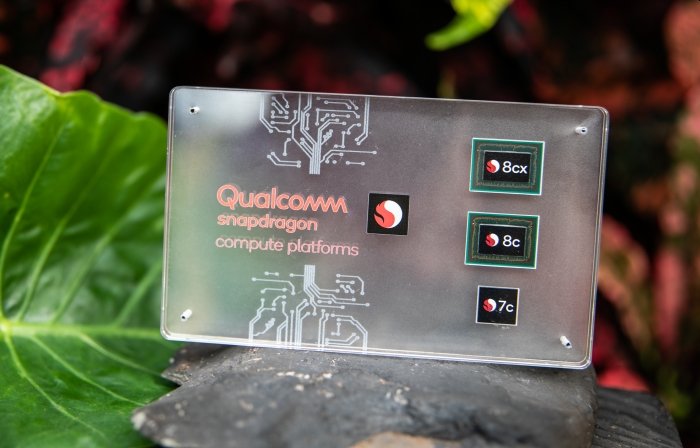