Google is holding an event on October 6th when the company is expected to unveil the Pixel 7 and Pixel 7 Pro smartphones, as well as the company’s first Pixel Watch. Officially Google hasn’t said when you’ll actually be able to get your hands on one. Unofficially though? They appear to be already shipping to retail partners, so it seems like October 6th is a good guess. 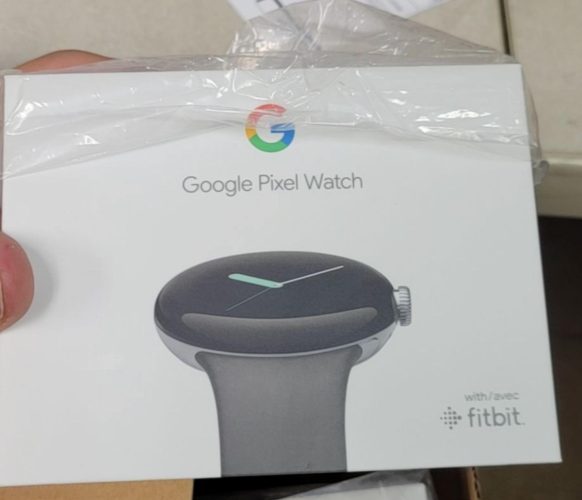 In other recent tech news from around the web, an AMD engineer spotted a no-longer-necessary bit of code in the Linux kernel that could be slowing down performance for modern AMD processors in some tasks, the new Chromecast with Google TV (HD) has a little more storage space free than the HD version, a work-in-progress effort is underway to bring an open source graphics driver to the Samsung Galaxy Tab 2 tablet with a 7 inch display, and About Chromebooks is tired of people asking why anyone would pay more than a few hundred bucks for a Chromebooks.

Looks like the Pixel Watch could hit store shelves soon. A worker at a Target distribution center accidentally “opened a wrong package” and found one, which suggests they could go on sale immediately following the Oct 6 launch event. https://t.co/T6XBwFdrtr

Around 20 years ago Linux kernel developers added a workaround for an issue affecting AMD chips. No longer necessary, it actually slows down modern AMD Ryzen chips during some workloads.. An upcoming patch to remove the workaround could land in Linux 6.x. https://t.co/M7pPVV3vTD

From the department of tiny changes, the Chromecast with Google TV (HD) has the same 8GB of storage as the 4K model. Only 4.7GB is accessible to users out of the box, but that’s 300MB more than the 4K version. https://t.co/cBOJv2SPE7

Cloudflare is launching a Zero Trust SIM for US business customers. Available as an eSIM for iOS or Android devices, it can block visits to known phishing or malware sites at the DNS level, mitigate common SIM attacks. https://t.co/71fViylRI6

Nearly every time I write about a Chromebook that costs more than $500, somebody asks why anyone would pay that much for a Chromebook. The same clearly happens to @KevinCTofel so he took time to write an explainer. https://t.co/QgJK9XX0kY

Hands-on with some of Qualcomm’s Reference Design (expensive smartphones designed for hardware and software partners rather than the general public). https://t.co/4IZZ3HqjnGg

This could bring an open source driver for hardware-accelerated graphics mainline Linux on the Samsung Galaxy Tab 2 7.0 and other phones and tablets with the same GPU. https://t.co/EOa3TRtV4u

A developer has succeeded in making an image for Waydroid for the Pinephone pro… with full graphics acceleration!
Write-up here:https://t.co/MhShRLQY0r