Google’s been working on a foldable phone for quite some time (possibly several phones, as rumor has it that the company has scrapped a few models and started over). But according to the latest rumors, Google could launch a Pixel Fold in May, 2023.

Now we have a better idea of what it could look like. 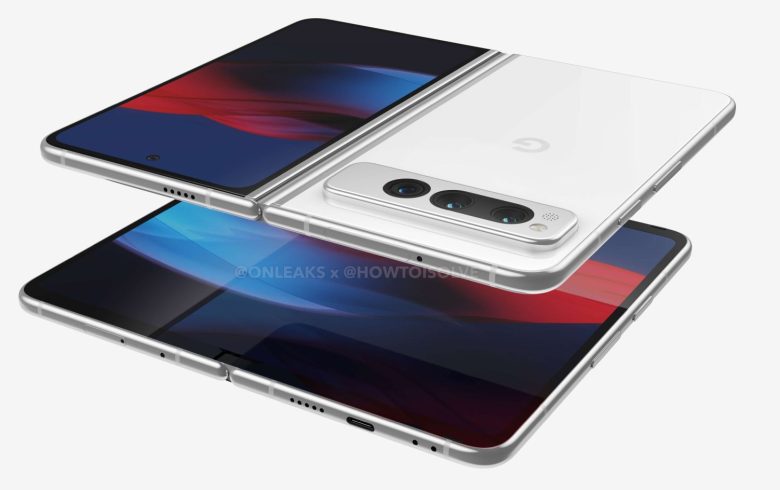 According to a set of renders that @OnLeaks released in partnership with a website called Howtoisolve, we can expect a sizeable camera bump with three cameras, a 7.7 inch inner display, and a 5.8 inch cover display.

The Pixel Fold will join a growing number of foldables from companies including Samsung, Xiaomi, and Huawei. Google has already been making moves in recent years to make Android a more tablet & foldable-friendly operating system. But releasing its own flagship foldable phone could give Google an even better chance to highlight what its software is capable of on a device with this form factor.

Intel’s 2023 desktop & workstation processor lineup leak point sot Raptor Lake-S Refresh in the second half of the year in the 35W – 125W range and Sapphire Rapids & Emerald Rapids for the 250W+ workstation space.

Linux PC company System76 is adding a new keyboard to its lineup. The Launch Heavy is an open source, configurable full-sized keyboard (that joins the Launch and Launch Lite). This model has a number pad and a $299 price tag.

LapPi 2.0 is a 7 inch laptop built around a Raspberry Pi (crowdfunding) [Liliputing]

Update: The LapPi 2.0 DIY laptop kit powered by a Raspberry Pi launches December 16th. SB Components announced this on a day when Raspberry Pi is facing backlash on social media for what was (at best) a poorly worded attempt to profile an employee.

Apple Kills Its Plan to Scan Your Photos for CSAM. Here’s What’s Next [Wired]

Last year Apple announced a plan to scan photos uploaded to iCloud for images that included evidence of sexual abuse of children. While the company said it would do this in a way meant to protect user privacy, the idea of Apple scanning user photos at all raised alarms with privacy advocates. Apple put the plan on hold and now has scrapped it altogether.