Google’s next smartphone is expected to be a cheaper version of the Pixel 6, featuring the same Google Tensor processor, but an older, less powerful camera system. Google hasn’t officially confirmed that the Pixel 6a is real yet… but it’s come pretty close with a mention of the unannounced phone spotted in a coloring book sent out to Pixel Superfans.

The only thing that’s confirmed at this point is the name… there are no specs or pictures. But it looks like someone at Google might have thought the phone would be announced by the time the coloring book shipped. 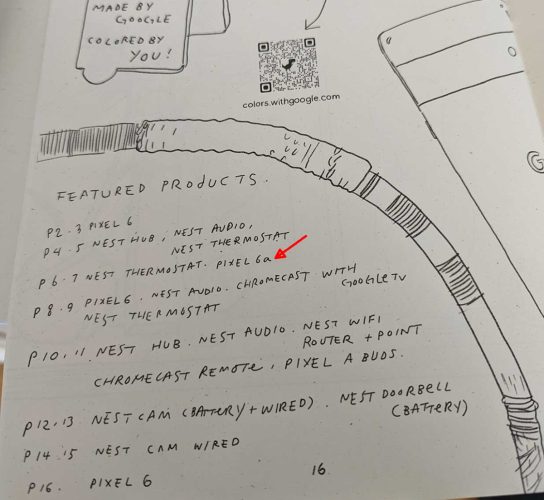 If you’re wondering where the link in the QR code in the image points to, it’s a new Colors With Google website where you can decorate a virtual phone screen or other pictures.

In other recent tech news, Google is hiring for its Android Tablet experience team, and while the job listing has the usual amount of hyperbole, it does hint at the possibility that Google could finally be starting to get serious about optimizing Android for use on tablets.

Apple, meanwhile, is making it easier to use its Face ID authentication system for iPhones when you’re wearing a face mask. Alyssa Rosenzweig continues an impressive run of creating open source graphics drivers for ARM GPUs… even for newer GPUs for which there are currently no devices running mainline Linux yet. And you may soon be able to charge your laptop and power drill’s batteries using the same USB-C charger… and DeWalt’s new USB-C adapter will even let you use batteries designed for power tools to charge your laptop.

Google sort of confirms that the Pixel 6a is a real thing… by including what appears to be an accidental mention in a coloring book sent to Pixel Superfans.

iOS 15.4 Beta Lets You Use Face ID With a Mask On [MacRumors]

iOS 15.4 beta adds support for using Face ID while wearing a mask, without requiring an Apple Watch or any other device for authentication. That’s because Face ID identifies “the unique features around the eye,” once it’s setup for masks.

Google is looking to grow its Android Tablet App Experiences Engineering team with a new hire, and the job listing hints that the company could have plans to take Android tablets seriously for the first time in years. Maybe.

Writing an open source GPU driver – without the hardware [Collabora]

Free and open source Panfrost graphics drivers for ARM’s Mali-G57 and G78 GPUs are almost ready to upstream into the Linux kernel… even though there are no devices with these GPUs running mainline Linux yet. Here’s how it was done.

Power tool makers are adding support for charging batteries with a USB-C adapter… and at least one charging kit coming in March for $99 also lets you use power tool batteries as power banks that can charge your laptop on the go. 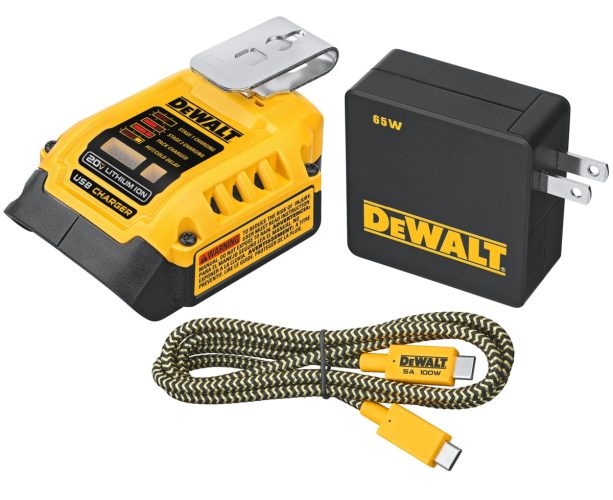