The PinePhone is one of the first smartphones designed specifically for open source software enthusiasts. It’s an affordable phone with a starting price of $150 that ships with a GNU/Linux distribution pre-installed, but which can also boot from a microSD card if you want to try a different operating system (or 13) before deciding whether to flash it to internal storage.

It’s not a particularly powerful phone, and the software available for it is very much a work in progress. But there are a lot of developers and early adopters working to help make Ubuntu Touch, postmarketOS, Arch, Manjaro, openSUSE, Sailfish OS, Mobian, and other open source operating systems feel at home on smartphones like the PinePhone (and its much pricier cousin/competitor, the Purism Librem 5). 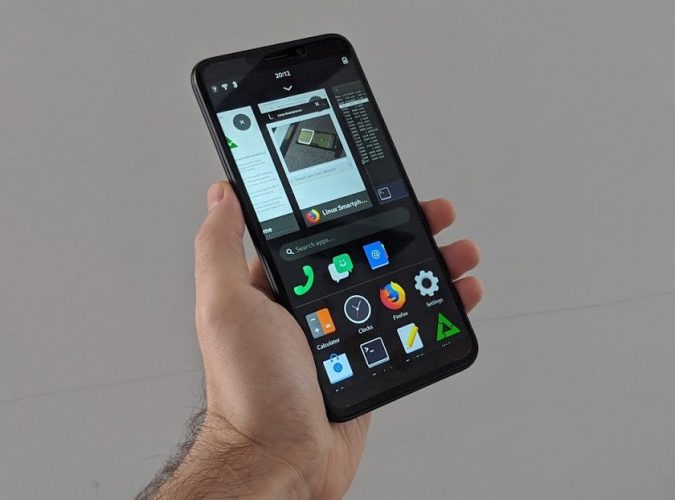 All of which is to say, that right now the PinePhone is sort of like the Raspberry Pi of smartphones. It’s an inexpensive point of entry for developers and early adopters who want to play in an exciting new sandbox… but it might not be ready to be your daily driver as a smartphone just yet.

But I wanted to play with one, so about a month ago I ordered a PinePhone and if you’ve been following our Lilbits news roundups for the past few weeks, you may have noticed I’ve been regularly linking to a new site called Linux Smartphones, which is sort of my new sandbox for all things related to phones like the PinePhone and Librem 5.

I hope to start posting how to guides and more information about actually using these new phones in the future, as well as news updates. But my PinePhone just arrived today, so let’s start with an unboxing and first look.