Some folks interested in playing classic console games on the go are content to run an emulator on their phones or tablets. Others actually trim the original motherboard of old game consoles and stuff them into new bodies.

One YouTuber has taken that to extremes with a Nintendo 64 that’s been modified to become a game console that’s about the size of a typical N64 game cartridge. There’s also a slot in the back where you actually insert one of those cartridges in order to actually play games. 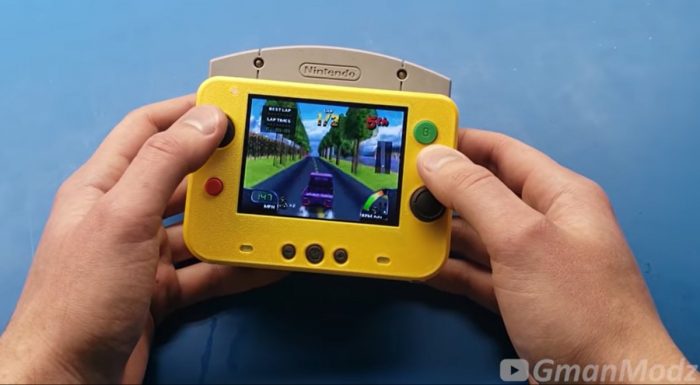 With only a single 18650 battery cell, this thing only runs for 91 minutes on a charge, limiting its utility. But it does run on battery power. And there’s no D-Pad. But it’s still a pretty impressive feat of hardware modding.