Movie theaters are closed, house parties are ill-advised, and we’re all basically stuck at home watching TV in isolation (or out and about and risking infections, I suppose). So it’s unsurprising that this has turned out to be the year when “watch parties” have become a trend in online video.

Hulu and Plex rolled out watch-together-remotely features a little while back. Amazon introduce its own version a month later. And while Netflix doesn’t have an official watch party feature, a third-party browser add-on has been allowing you to host Netflix Parties for a few years.

Now Movies Anywhere is getting on the action. The service, which allows you to link multiple accounts so you can buy once and watch on Apple TV, Google Play, Prime Video, Vudu, Microsoft, and other platforms, now lets you create Watch Together sessions with up to 9 people. 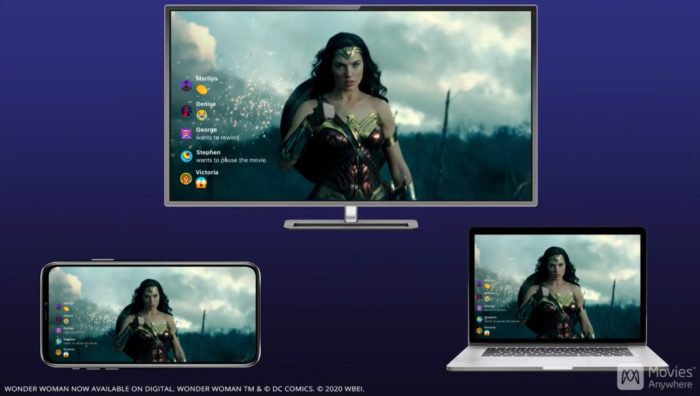 In order to participate, you and your guests will all either need to own the same movies, or you can send guest a Screen Pass that lets them borrow access your movie for a limited time. The Screen Pass feature is still in beta and not available for all users yet though — and you can only send up to 3 screen passes per month.